THE WAR ON DRUGS - Lost In The Dream 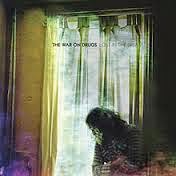 I don’t always agree with my fellow music critics, especially those half my age, but they’ve got it right with The War On Drugs and the group’s third album Lost In The Dream which I’ve been listening to a lot over Christmas having picked up on it – late as usual – as a result of my son Sam and some rave reviews in the Guardian.
Many reviewers have suggested it’s a cross between Bruce Springsteen and Dire Straits, magically expanded with a dash of Kraftwerk or other electro-beat merchants, but I can hear Paul Simon’s voice in there, at least on the lengthy opening track ‘Under The Pressure’, which is wedded to a terrific rhythm section, so most of the songs rattle along like Fleetwood Mac at the top of their game.
Naming your group after a failed government policy is about as droll as you can get – The Poll Tax Five anyone? – but WoD leader Adam Granduciel is a man after my own heart; steeped in the rock tradition yet expanding his ideas with modern technology and reinventing the music of those who’ve inspired him with subtlety and, most all, a wonderful clarity of production. Their last album Slave Ambient closed with the best Bob Dylan song Bob never wrote, ‘Black Water Falls’, and this new one closes with what sounds like a space-age reinterpretation of the chiming of Big Ben.
Granduciel avoids Springsteen’s bombast in tales that seem to mine similar subject matter, injustice and pride in a job well done, but there’s a sense of gentle melancholy, lost love, in some of the songs, while others, notably ‘An Ocean Between The Waves', feature extended codas that ring out in a sweep of triumph. Highly recommended.
Posted by Chris Charlesworth

Nice one Chris. This great Philadelphia band has been rocking our town for years. Your Dylan comparison is excellent, the band was formed over a love of his music. I believe they are in the UK in February. Do yourself a favor and catch a show. They frequently extend thier songs into long, brilliant jams. A WOD live gig is a showcase for their great musicianship. I was really hoping the Who would've considered them as an opener for the US 50th tour. Oh well. Anyway, Philly thanks you for the cool review of our boys.
Ed Murphy