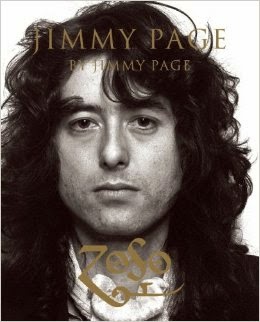 To Cadogan Hall in Sloaney Knightsbridge where Jimmy Page has agreed to submit to a public interrogation by Guardian Music Editor Michael Hann, the exercise to promote the trade edition of his photographic autobiography which was first published four years ago as a very expensive signed and cased limited edition. Now priced at £40 - £26 on Amazon – it’s still a beautiful book, 512 pages, colour and b&w, large format, hard cover, the well-known passport photo by Neal Preston on the front cover, a live Led Zep shot from 1977 with JP in a white suit on the back.
The Cadogan Hall was packed, a sell-out, and when I arrived half an hour before curtain up a long queue snaked around into Sloane Street, winding past posh shops where the handbags in windows don’t display the price, which would be vulgar of course. In the lobby a pop-up Waterstones is doing a brisk trade in JP books, but we have been warned that Jimmy will not sign them tonight. He arrives on stage promptly at seven, and takes his seat alongside Hann beneath a huge screen on which pictures from the book are projected as the interview proceeds.
These days Jimmy Page has the look about him of an elderly barrister, wise, very white, as if he has spent a lifetime avoiding the sun, and bewigged, his silvery hair drawn back into a short pony tail so that it resembles the sort of thing a QC might wear on his head while defending an old lag at the Old Bailey. He has bags beneath his eyes which, as ever, are slightly hooded, as if there’s a smidgeon of oriental blood somewhere in the ancestral line. He’s all in black, a bit rumpled, but looks comfortable, distinguished almost, and aligning himself with The Guardian confers a cerebral weight to both JP and the event itself.
And like a QC he’s also spectacularly good at dealing with cross-examination, an absolute master in the art of avoiding any questions he doesn't like and kicking into touch those that he feels might commit him to a precise answer when something vague is preferable from his point of view. Like an experienced politician he can subtly turn a question around by giving an answer that isn't really an answer at all, more a comment about something the question appears to have touched upon. He'd never have got away with this with Jeremy Paxman, of course, but Michael Hann is made of softer stuff though I suspect even he was aware of what Jimmy was up to from time to time. It wasn't even as if the questions he avoided were impertinent or unduly searching; nothing, for example, about his relationship with Robert Plant and evident frustration that the singer won’t join in a more substantial Led Zeppelin reunion or – heaven forbid – the excesses that Zep enjoyed on the road in their heyday. Nevertheless, we never find out what his favourite Led Zeppelin song is, which of their LP covers he likes best, whose records he might like to produce if the opportunity arose, whether the famous double-necked Gibson put a strain on his back or even if playing on stage in front of 70,000 fans presented a greater challenge than playing in a club. All these inquiries were batted away with the non-committal elegance of David Gower on the first day of a Lords Test. 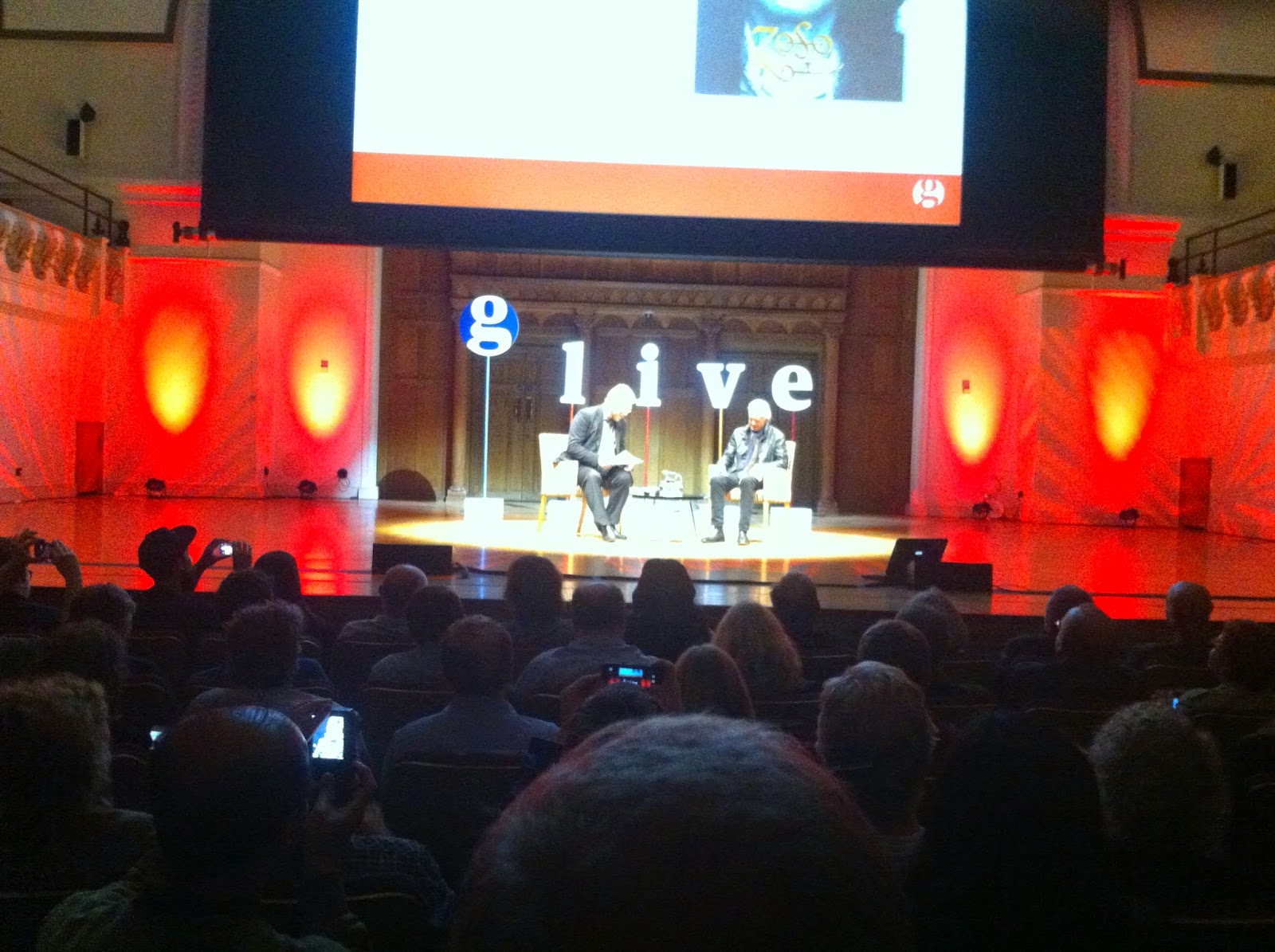 Jimmy tries hard to be modest but every so often the obvious pride he takes in Led Zeppelin, their music and achievements, gets in the way so an immodest comment slips out and, because the crowd agree, he is cheered for it. But by and large he is very amiable and chatty, occasionally amusing, a raconteur not quite up to the standard of Michael Caine but better than most, clearly aware that the audience is 100% on his side and hanging on to his every word. Very few of them will ever have heard him speak before, at least not in person, so the event has a unique nature to it that creates an atmosphere of respect that, fortunately, never descends into obsequiousness. The photographs from the book beamed overhead run chronologically so the questions from Hann enable Jimmy to run through his entire career, from teenage bands all the way up to the Led Zeppelin reunion show at the O2, the lion's share devoted to Led Zep of course.
My favourite pictures from his book are the early ones, the teenage Page with his hair in a quiff, playing a Futurama III guitar similar to one I used to play myself, and the few of him as a session musician before he joined the Yardbirds in 1966. He talks interestingly about this period of his life, paying tribute to Jeff Beck, before moving on to the formation of Led Zeppelin. Asked whether the only reason he formed the group in the first place was to honour those contracted Yardbirds shows in Sweden, he says he didn’t really have to play them at all. He’d have formed another group anyway, obligations or not. He did state that one of the pleasures of being in Led Zeppelin was that no two shows were ever the same, that none of the four were ever quite sure how a show would pan out, which is why he’s now an avid collector of Led Zeppelin bootlegs, an ironic state of affairs considering that manager Peter Grant did his utmost to prevent fans from taping their concerts. It seems now that Jimmy is glad Grant’s anti-bootlegging crusade wasn’t particularly successful.
The end of Led Zeppelin was hardly touched upon, and he was amusingly self-effacing about the unsatisfactory reunions that occurred before 2006. He talked about Plant, including attending a show where his former singer had ‘three or four guitarists on stage doing the same thing I just did myself’, which raised a laugh, spoke about John (and Jason) Bonham in passing but never once mentioned John Paul Jones. For the last 15 minutes he answered written questions put to him by members of the audience, many of them answered in the same vague manner he has reserved for magazine interviewers over the years. And he certainly wasn’t going to tell us, as one questioner asked, what Zoso means. But no-one cared. At the end, after an hour, he was granted a standing ovation, deserved too.