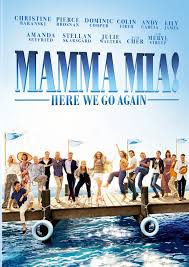 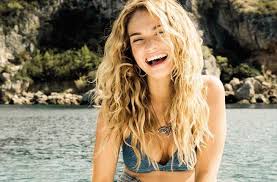 All of which sounds like a very frothy confection indeed but I expected no less and came away delighted with what I’d seen. There are many funny asides that I won’t dwell on here and Lily James, who sings and dances beautifully, walks away with the honours. Then again, everyone involved plays their parts to perfection and there’s even brief cameo appearances by Björn and Benny, the former as a university don and the latter as a pianist in a restaurant.
I laughed a lot while the film was playing and even reached for my handkerchief once or twice, and as the credits rolled while Cher belted out ‘Super Trooper’ I was reminded of a paragraph that my friend Carl Magnus Palm wrote in Bright Lights Dark Shadows, the Abba biography that I commissioned for Omnibus Press in 2000 which went a long way towards sealing my admiration for the Abba and their music.
At the end of the chapter immediately before the one that deals with Abba’s revival in the Nineties, Magnus wrote: “Perhaps as a reaction to the cold chill that swept not just across Sweden but across the entire western world, there appeared on the horizon at the beginning of the Nineties a nostalgic yearning for the more colourful and carefree Seventies. Who better to spearhead this celebration than the most popular recording artists of that decade, the group whose wild costumes epitomised the fun and the fearlessness of Seventies fashion, and whose music reached out to absolutely everyone, majorities and minorities alike?”
This week I read that the UK might have to bring in emergency food rations and medical supplies as a result of the disastrous Brexit vote, and a couple of weeks ago I was among the thousands who marched against the policies of America’s unspeakable President. Abba can’t stop all this but watching Mamma Mia! Here We Go Again this afternoon at least made me forgot about it all for two hours. Try it.