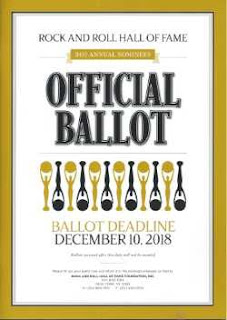 It is the time of the year when I am called upon to cast my vote in the annual ballot for who should pass through the gilded doors of the Rock And Roll Hall of Fame, an annual task that I try to take seriously even though I have increasing doubts about its integrity. These doubts stem from the realisation that for reasons unexplained various acts that I would like to see inducted – invariably British ones* – are never nominated, and that the need to induct a minimum of five new nominees each and every year unavoidably results in a decline in standards.
According to the R&RHoF’s website no fewer than 323 acts have been inducted since the show got on the road in 1986. The early inductees, of course, included the cream of the crop – Elvis, Chuck, Buddy, Beatles, Dylan, Aretha, Stones, Who, Kinks, Cream etc – and along the way, as the 25-year rule comes into play (you can’t be nominated until 25 years after your first record is released) all the major acts you’d expect – Hendrix, CSN&Y, Zep, Elton, Jackson, M., Bowie, Springsteen, U2, R.E.M., Prince, Madge etc – have sailed in, as you would expect.
To use a football analogy, these and maybe a few others represent a sort of Premier League, I guess, but after a while it seems that the anonymous – some might say obsessively secretive – nominating committee find themselves obliged to spread the net wider and wider, into the Championship and then Divisions 1 and 2. So I have to ask myself whether those nominated more recently – perhaps, heaven forbid, to make up the numbers – are really worthy to stand alongside those nominated in the early days. Maybe it’s now time to establish a Hall of Eminence corner away from the rank and file so as to distinguish between the Premier League and the rest, with entry restricted to just one nominee each year though not necessarily one every year.
With this in mind I turn to the 15 names on this year’s nomination form, none of whom would enter my Hall of Eminence, not yet at any rate. They are The Cure, Def Leppard, Devo, Janet Jackson, Kraftwerk, LL Cool J, MC5, Stevie Nicks, John Prine, Radiohead, Rage Against The Machine, Roxy Music, Rufus & Chaka Khan, Todd Rundgren and The Zombies. Seven of these 15 acts (LLCJ, Radiohead, Rufus+CC, Zombies, Janet J, KW and MC5) have been nominated (but not inducted) before, some more than once, which implies that those charged with coming up with the nominees are either running out of names or determined that some among this number will finally get in.
I have five votes and of those previously nominated I voted in the past for Kraftwerk and Radiohead. I shall do so again, for reasons stated earlier. Viz 1, Townshend’s work on Who’s Next aside, Kraftwerk’s pioneering use of synthesisers is the foundation for modern dance music and in addition they wrote some lovely, sensuous melodies, of which ‘Europe Endless’ and ‘Neon Lights’ are supreme examples. Viz 2, I know Radiohead can be miserable old buggers and, if not restrained by the more level-headed among them, a tad on the pretentious side but they’ve made some wonderful music over the years and OK Computer really was one of the best albums of the nineties.
That leaves me with only three more votes, and it’s not easy whittling them down as, unlike in previous years, there’s a superfluity I’d vote for given the chance. Out of the running immediately are those who for no fault of their own are not really to my taste (Def L, Devo, Janet J, LL Cool J, RATM and Rufus+CC – and it’s no coincidence that of the 15 these are the only six whose records I do not own), which leaves The Cure, MC5, Stevie, Prine, Roxy, Todd and The Zombies. I’ve always had a soft spot for Robert Smith’s offbeat weirdness, MC5 deserve to be in for politics alone, Stevie’s a trouper, John Prine is a truly wonderful songwriter, Roxy thrilled me when I first saw them, Todd Rundgren has served his time honourably (and I can’t believe he’s not already in) and The Zombies deserve a shot, even though they’re not really in the top league… see above.
Well, after a bit of thought, I’m going to plump for John Prine, whom I recall seeing at the Bitter End in Greenwich Village in 1974 and thinking he was 100 times better than John Denver who was 100 times more popular. I vowed to spread the word, so I’ll continue to do so. And as I’m typing this I’m listening to ‘Hello In There’ for the 1,863rd time. (I made up the number but you get the gist.)
And Roxy Music. I saw them in 1972 or ‘73 at London’s Rainbow and I’ll never forget how Bryan came out singing ‘Do The Strand’ dressed as a toreador, a red and black outfit with epaulettes and frills, and how he just blew Roy Hollingworth, who was sat beside me, and myself away. I saw them a few more times after that in those early years and they failed me only once, in 1972 at the Lincoln Festival where they were unsuited to the great outdoors. But I’ll forgive them that glitch and put an X in their box because before they even had a record out we stuck them on Melody Maker’s cover (exactly 46 years ago this month, as it happens), thus spreading the word which I’ll continue to do.
So who’ll be my fifth choice? In the past I have left my final vote open to readers of Just Backdated and I will do so again, so who should it be? Answers below. I have four weeks to make up my mind before my ballot needs to be posted.


* Three that spring to mind immediately, from opposite corners of rock’s great triangle, are Tom Jones, Richard Thompson (and/or Fairports) and Slade. 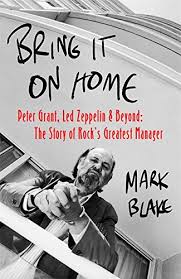 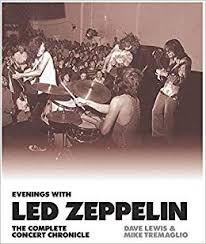