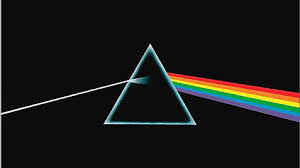 When Mrs C is away, as she was last week, in Bulgaria at an exhibition that included her artwork, my son and I tend to play music at a considerably higher volume than when she is around. To my surprise Sam put on Dark Side Of The Moon, the first time he’d shown any interest in Pink Floyd, and I explained to him how successful it had been, perhaps because back in the early seventies rock fans were buying decent stereo systems and felt the LP was ideal for testing their capabilities. Then again, there was more to it than that, so I told him of my experiences with the record.
I first heard Dark Side Of The Moon when Pink Floyd performed embryonic versions of its songs from the stage of London’s Rainbow Theatre on February 17, 1972 (a full 12 months before the LP was released), and I went back the next night because I enjoyed it so much or, at least, felt there was something significant about what I had heard. I managed two consecutive Floyd shows not through the good offices of the group, who were notoriously unwilling to accommodate music writers, but through the kindness of the manager of the theatre, John Morris, who’d become a friend of mine and had given me a pass that read: “Admit to all parts of the theatre at all times”.
It’s not often that a lengthy piece of music, heard for the first time, makes such an impact on me. Indeed, the only other time it had happened up to that point was with The Who’s Tommy, but Dark Side, performed live and loud, sounded spectacular first time around. There seemed to be a continuity to the songs which seemed to me like an extension of ‘Echoes’ which they also played that night; yet more melodic than anything the Floyd had written before. It helped that I had found a seat at the front of the balcony in an area that had been roped off for the Floyd’s lighting crew to do their thing with spotlights. I looked down on the band with nothing to obstruct my view, and during the show someone passed me the kind of cigarette that isn’t generally available at street-corner tobacconists, but even without this helpful attitude adjuster I just knew that the music I was hearing was going to be massively popular, though I couldn’t have guessed quite how much. On the second night I watched from the side of the auditorium, quite close to the stage, where staff hung around during shows, and it sounded great even without a spliff to enhance my perception.
The first time I heard the album was about 12 months later when EMI launched it with a listen-in at the London Planetarium, quite an appropriate choice of venue. The Floyd didn’t turn up, of course, and I learned later that this was some sort of protest on their part about what they felt were inadequacies in the sound system being used for the event. Instead they sent cardboard cut-outs of themselves to stand in the foyer and greet their guests. The sound seemed okay to me, but then I wasn’t as fastidious as the Floyd. The LP was played at terrific volume as we leaned back in comfy seats and gazed up at twinkling stars in the night sky conjured up within the big dome. When all those alarm clocks went off everyone jumped.
I have since played Dark Side 285 times (well, that’s a guess), though when Sam played it last week it was the first time I’d heard it for several years. It still sounded like a sonic masterpiece to me, and even though it’s as old as the hills it didn’t really sound dated, perhaps because high-end production quality retains its resonance no matter what. I liked hearing those dry voices that comment on madness and whatever else, and Roger Waters’ depressing pronouncement that ‘hanging on in quiet desperation is the English way’ seemed somehow as appropriate in the 21st Century as it did almost 50 years ago.
In Nicholas Schaffner’s Pink Floyd biography Saucerful Of Secrets I am quoted as saying that the main reason for DSOM’s success was because the album was the perfect accompaniment to sex. I don’t think I was being flippant either. “It’s a great record to fuck to,” I told Schaffner in 1989 over a beer or two in The Newman Arms, a pub in Fitzrovia. “Especially side one, climaxing as it does with ‘Great Gig In The Sky’ and Clare Torry’s orgasmic shrieks, sobs and moans. Millions of people across the globe have fucked to Dark Side Of The Moon.”
If that sounds a bit trite now, I apologise to my more enlightened 21st Century female friends who might cringe at the thought. After that track had played last week I told Sam that the passage of the song in question was subsequently used to advertise Nurofen, the over-the-counter pain-killer used to cure headaches, and that Clare Torry won an undisclosed award from the group for her contribution when she threatened to sue them for lack of compensation. Evidently she’d been paid a £30 session fee and didn’t even know her vocal had been used until she happened to see her name in the credits when she came across the LP in a record shop, bought it and took it home for a listen. She waited until 2004 to complain, and now she’s credited as a writer alongside Rick Wright.
Sam was appalled at the injustice involved in this little tale but was mollified when I pointed out that it had a happy ending. When DSOM finished I played him ‘Shine On You Crazy Diamond’ and told him all about Syd Barrett, but that’s another story altogether.
Posted by Chris Charlesworth 1 comment: 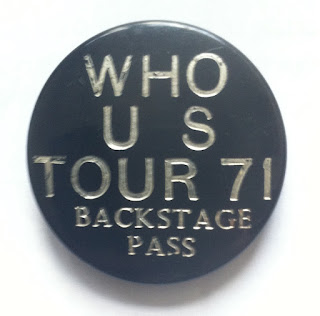