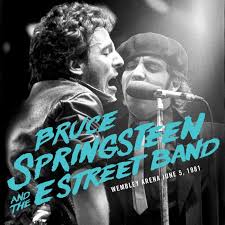 Lovely report Chris. I was only 19 buit a huge fan since being introduced to him by Richard Walters who worked at Music in Print with me before I moved to Music Sales. I was right at the front. He played until gone 1am and ended up playing a Beatles medley with all the house lights on and the doors open. Incredible night.

He is my very favorite performer. Nice article. First time I saw him was at Capitol Theater in Passaic NJ with SIR Productions peeps. ❤️🎸🎤🎹🎼