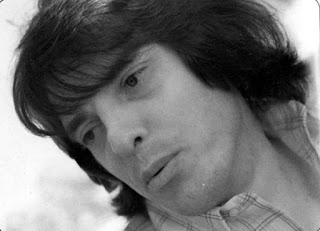 Excellent tribute. Wish I'd met him.

Great blog Chris. Every time I saw Swinn he always seemed as sharply dressed as the band. Stu R.

A fitting tribute to a loyal and hardworking man. Thanks Chris, you did him justice. RIP Swinn.

as a lifetime Sladefan i like to say thank you for the article, may he rest in peace!

Nice tribute Chris...great read as ever. Swin was a great roadie and a great bloke. He let me get back stage at many a Slade gig . Cheers Graham may you R.I.P. ......Thanks for the memory. Daz.

This is one of your finest pieces of writing Chris...Thankyou...and thankyou Swinn.

Thank you for this Chris..... Swinn RIP

Thank chris for this nice tribute to Swinn..RIP
Andre from Canada

Always thought of Slade as a five piece. Swinn was as much part of the band as the four on stage. It was an honour to know him. J2

Thank you very much for the fine obituary, Chris. Very sad to hear from passing of Swinn, such an important personality in Slade's history.

Let me know if we can also publish this on RockShot Magazine?

I am not familiar with RockShot magazine but that's ok with me me so long as I get a credit © 2015 Chris Charlesworth, Just Backdated.

Great obituary.... Knew Swinn from the age of 15 although I hadn't seen him much of late. So sad to hear of his passing.

So sorry to hear about Swinn, What a nice tribute written by Chriss Charlesworth. I never met Swinn, but heard a lot about him on the grapevine. This is from a long standing SLADE FAN since 1970/71.

Thank you for all your comments on my tribute to Swin. It makes the effort worthwhile. I am also pleased to report that as of this morning it has had almost 1,500 hits, far more than any other Slade-related post and, indeed, more than most posts on Just Backdated.

Only just seen this. So sad. He was a real superstar and helped me immensely when I worked for the group's publicist in the mid 70s

I've just come across your post by accident while looking for something completely different, although also Swinnerton-related. Sad to hear of his passing, my dad Iain Swinnerton often mentioned him as 'one of the famous Swinnertons', and I think he may have even worked for the Swinnerton steel company in Stourbridge at one point, although I'll have to check that with my dad (who ran the company until it's closure after the 80s steel strike). There is a Swinnerton family history society that's been going since the 70s, started by my dad, which has a thrice-yearly magazine that I now edit - would you mind if I reproduce your piece (which was great by the way - I didn't know about all the other bands he worked with, and was especially excited to know about Southside Johnny, always one of my favourite bands!) in the magazine? Cheers, Alastair Swinnerton.

Thank you Alastair. You will be happy to know that my tribute to Swinn also appeared in the Wolverhampton Express & Star who called to ask permission to reprint it. Of course I said yes.

Thank you Chris, I just talked to my dad about this, and it turns out he's never known where Graham fitted into the wider family, as he's not on our database. All we know is that he was from Wolverhampton. I don't suppose you know anything about his early background do you?

I'm afraid I don't, sorry. All I know is what I wrote in my tribute to him.

OK, thanks Chris. Now having great fun going through your old posts - many, many memories from the 70s!