As is well known, Mark E. Smith was a loveable yet cantankerous old rogue. I was never a Fall fan but I had two encounters with him over the years, the first in person, the second concerning legal issues that after the event seemed all too typical of the ramshackle way he conducted his business affairs.

In 1988 I commissioned a book on The Fall from an author called Brian Edge, a fan who lived in Wales. It was called Paintwork: A Portrait Of The Fall, and was in no way authorised by Smith or anyone else. It was only 96 pages long, illustrated throughout, and is long out of print, though ‘used’ copies can be bought on Amazon for about £20 now, with ‘new’ ones on sale for over £100, which probably reflects their rarity value. 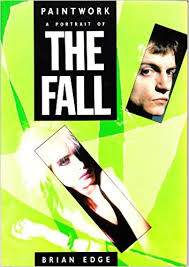 Soon after its publication Smith contacted me at Omnibus, not to harangue me for publishing an unauthorised book, as might be expected, but to tell me he’d read it, quite liked it, and would be interested in buying copies at a wholesale price to sell at his gigs. This was unusual, a first in fact. Omnibus specialised in ‘unauthorised’ books. Most acts couldn’t care less, a few sent lawyers’ letters claiming breach of copyright that we swatted away like flies, but none offered to buy unauthorised books to resell to make a profit.
‘Fine,’ I told Mark. ‘Why don’t you come by the office next time you’re in London? We’ll work something out.’
‘Great,’ he said in his croaky Mancunian accent. ‘Next Thursday. Three o’clock?’
‘OK. See you then.’
This was a mistake on my part. I should have scheduled the meeting for the morning, before the pubs opened. He arrived at our offices stinking of beer and cigarettes, no doubt having spent at least two hours in a pub. He had about him the air of a rough sleeper who’d spent the previous night dossed down on someone’s floor in the same clothes he was wearing for our meeting. His hair was uncombed. He wasn’t a vain man, I decided, certainly not your typical rock star. He was fairly drunk too, but not belligerent, though I was afraid his mood might change if the meeting didn’t go the way he hoped. I offered him a cup of tea.
‘You haven’t got any beer have you?’
Sorry.
Mark wanted 100 books. I offered to sell them to him at half price, the same sort of discount that bookshops demand. He wanted a bigger discount. Since sales weren’t really my department I said I’d have to consult the sales manager before I could agree. He nodded and for a moment I thought he was going to fall asleep.
‘It’s not a bad book,’ he said, waking up. ‘Let me know.’
Then he lurched off, probably back to the pub.
A day or two later I contacted his office – he’d given me a number – and told someone on the other end of the phone we would sell them to him at 55% discount. We never heard back.


In 2008 Omnibus published a far more substantial book on Mark and The Fall, written with his co-operation by Mick Middles, the well-known chronicler of Manchester’s music scene. I thought this would be the nearest thing to an autobiography and therefore a thoroughly worthwhile project. I think it was Mick that called me to say that Mark was up for it. I did a deal with Mick and I guess Mick did a deal with Mark, the details of which were none of my business, though I assumed that Mick would lob some of the advance Mark’s way in return for interviews.
The contract for the book contained the usual clause to the effect that the author warranted that the contents were his or her own copyright and, because the book would contain some lyrics, I made a point of confirming that Mark did in fact own the copyrights of the lyrics in the book. Via Mick Mark said he did, and the book contained a credit which read: All lyrics used by permission. © Mark E. Smith. Cog Sinister. All rights reserved. Another clause prohibited the authors from writing and/or causing to be published a similar book within five years. 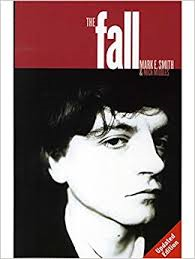 This book, titled simply The Fall and credited to Mark E. Smith and Mick Middles, was a more substantial affair than the previous book but is cheaper to buy on Amazon now, probably because it has remained in print until only very recently. It wasn’t quite the Mark E. Smith autobiography I was hoping for. I sensed that the time Mick spent with Mark didn’t really bring forth the material that Mick hoped. But it wasn’t a bad effort, and was certainly the nearest thing to an authorised Fall book thus far published. It’s done pretty well too, as evidenced by the fact that it remained in print for almost a decade.
Of course, something was bound to go wrong. About a month after its publication a music publisher based in Manchester got in touch to say that he owned the copyright to Mark’s lyrics as printed in the book and wanted, I think, £5,000, or else he’d sue us for breach of copyright. In normal circumstances, ie had we cleared copyright before going to press, the use of the lyrics would have cost us about £500. The publisher knew this and so did I.
‘But we have a warranty from Mark E. Smith saying he owns the copyrights,’ I said.
‘He sold them to me for [undisclosed cash sum] a few years ago. He was skint at the time.’
‘Well, you’d better sort this out with him.’
The conversation went no further and the issue was not resolved. I got the distinct impression that the transaction whereby this publisher acquired the rights to Mark E. Smith’s songs took place in a pub, was a cash deal and that some of the cash was spent over the bar that same night. This is conjecture on my part, of course. Clearly the publisher took the view that Omnibus Press and its parent company Music Sales were far more likely to have £5,000 in the bank than Mark E. Smith, and he was probably right. We got a lawyers’ letter a week or two later but we wriggled out of it because it transpired we had a print music deal with that self-same publisher and claimed we therefore had the right to print lyrics controlled by them. No you don’t, they said. Yes we do, we said. We never heard from them again.
But it wasn’t quite over. Early the following year Penguin published The Renegade: The Lives & Tales of Mark E. Smith, credited solely to Smith on the cover though in reality it was ghost-written by Austin Collings. This was the book that I had hoped to publish, a no-holes barred autobiography that, of course, Smith wasn’t supposed to write because of the agreement with Omnibus Press that Mick Middles had signed. Or so I thought. Of course I rang up Penguin and pointed this out. Whoever I spoke to in their editorial department laughed heartily. Their book had been in production for some considerable time, probably commissioned before ours, which meant that Smith wasn’t supposed to co-operate with Mick Middles on our book in the first place. Furthermore, I got the distinct impression that Penguin had experienced some peculiarities in their dealings with Mark as well, which might have explained why their book came out after ours.
As I write, The Renegade sits at the top of Amazon’s Rock Book Chart.
Loveable rogue indeed. RIP.
Posted by Chris Charlesworth