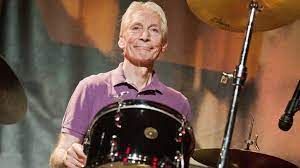 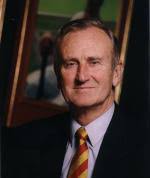 On the surface, Charlie Watts and Ted Dexter, who died last week within 24 hours of each other, might seem to have little in common. The former, the son of a Wembley prefab-dwelling lorry driver, was the drummer with The Rolling Stones, while the latter, born in Milan to a prosperous insurance broker, captained England at cricket. Charlie went to a secondary modern and Ted went to Radley, a public school; Charlie studied at Harrow Art School, Ted entered Cambridge, probably on the strength of his sporting skills.

So far so different but here’s a few similarities. They were both spectacularly good at what they did. Both always dressed smartly and carried themselves with an air that bordered on the aristocratic. Neither suffered fools and were, in fact, quite shy, which sometimes came across as arrogance or, at the very least, impatience. Both were married for over 60 years to the same women whom they met when they were in their early twenties. They both loved fast cars and bred horses. They both reached 80, Ted a bit more. Their obituaries in the Guardian occupied the same amount of space – one page plus one column – and both were mourned deeply within the fields in which they excelled, with glowing tributes from their peers and contemporaries. Finally, I saw the Stones perform five times between 1971 and 1981, and probably saw Ted Dexter bat and bowl about five times at the Scarborough Cricket Festival between 1958 and 1962. And I enjoyed watching them both immensely.

But there’s something deeper that I’ve fathomed, not just through reading copious obituaries of both but from observing their graceful, elegant journeys through life. Both showed an identical lack of concern about what others thought of them. They simply hadn’t a care in the world if how they behaved was contrary to what was expected of rock stars or first-class cricketers. Both lived their lives precisely as they wanted to live their lives, casually and utterly insouciant, and would not be dictated to by those around him nor, heaven forbid, public opinion.

Charlie Watts was the odd one out in the Stones. Not for him the dedication to decadence espoused by Brian and Keith, nor Mick’s vanity or Bill’s promiscuity. All this was beneath him. Aside from a bit of a wobble in the 1980s, he behaved at all times with dignity, slightly aloof from the rest of the gang and always smartly dressed, in the certain knowledge that they needed him more than he needed them. The Stones were his day job, his bread and butter, nothing more, nothing less. He could have been a graphic designer and would no doubt have been a damn good one. It always seemed to me as if he viewed his position in the group as slightly absurd, as if he was the beneficiary of a lucky break that occurred through being in the right place at the right time, but once installed he knew precisely what was required of him and how to become indispensable. He was no doubt bored when required to drum for take after take after he’d nailed it first time. He followed his own path and if that meant financing a 38-piece jazz band just so he could play drums alongside them, then so be it.

In a similar way, Ted Dexter refused to be intimidated by the cricket establishment. He batted with enormous style the way he wanted to bat, taking on fearsome fast bowlers without today’s helmets, and if the cricketing gods were with him he smacked boundaries all around the field. If they weren’t and he was dismissed, well there was always tomorrow. He looked bored when he was fielding. His cricketing career was curtailed by a freak motoring accident but he didn’t complain, just turned his skills to something else. He was dignified, and dressed smartly. He could have been a professional golfer and would no doubt have been a damn good one. He followed his own path and if that meant piloting his own plane to Australia, a journey that took five weeks and involved 24 stops for fuel, taking his wife and infant son along for the ride, then so be it. His spell as a chairman of England’s selectors did go as well as it might, but as a cricket administrator he was a pioneer of white ball cricket, fixed contracts for players and professional coaching methods for young cricketers.

And, of course, the Stones had a private box at Lords for the use of Charlie and Mick. Pity they could haven’t afforded it when Ted was playing, or that he and Charlie never met, not that I know of anyway. If they had they’d have had plenty to talk about.

It's said Ted got out to rash strokes; that's not something anyone could accuse Charlie of doing.