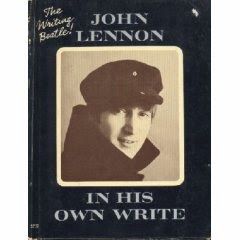 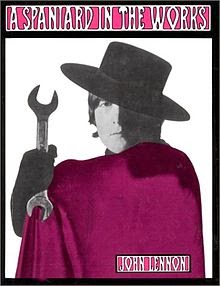 Thursday, Marching 20 to Northeby’s on James Bond Sleet keeping a weedy eye opera for mash and jabbers out for sings, sexlaces and scotches in the windows of glitzy bops guarded by men in black boots and lies.
Enough. I can’t write prose like John Lennon any more than I can write songs like him. The occasion was a preview of ‘You Might Well Arsk’, a sale of original drawings and manuscripts that John produced for his two books In His Own Write (1964) and A Spaniard In The Works (1965), both published by Jonathan Cape in the UK and Simon & Schuster in the US. Delighted at the response to his work as a writer and illustrator, John donated all the material from both books to his editor, Tom Maschler, who has kept them in pristine condition for almost 50 years and finally decided to sell, at auction in New York on June 4.
To say that Maschler is an editor of distinction is an understatement. He ‘discovered’ Gabriel Garcia Márquez and the wonderful Ian McEwan, publishing McEwan’s first collection of short stories, First Love Last Rights, in 1975. He was introduced to John by a journalist, Michael Braun, to whom John had evidently given a few samples of his prose and drawings. Maschler went to meet John on December 14, 1963, at Wimbledon Palais where The Beatles were performing a concert for their Southern Area Fan Club. “I stood next to them as they signed autographs for fans from behind a heavy iron grill,” he writes in the sale catalogue. “As the girls passed by many of them keeled over. There were nurses in attendance and they steered the fans to a row of ambulances.”
Maschler spoke to the assembled gathering at Sothebys, telling everyone how the books came about; how John was modest, shy even, about his literary efforts; how highbrow broadsheet reviewers – perhaps surprised that a Beatle could spell, let alone write – praised his work; and how booksellers were initially cautious but then astonished at how well it sold. Total sales of In His Own Write eventually reached 600,000, meaning there was no hesitation in publishing the second book, A Spaniard In The Works, which John wanted to call Stop One And Buy Me.
Framed on the walls of the room where the event took place were examples of John’s artwork, all finely worked drawings in spindly ink, and all remarkable for their close attention to detail. The original manuscripts were on display in glass cabinets, some handwritten and some typed. I couldn’t help but notice how John’s handwriting had changed over the years. In 1963 it was large and clear. By the time I knew him it was tiny and indistinct. His typing never changed though, always looked like he had ten thumbs.
Here’s John’s drawing ‘Oh Dear Sheep’, which I like a lot, especially the one that's flying. I wonder if it inspired the Monty Python sketch? Must arsk that John Cheese if ever I slump into him. 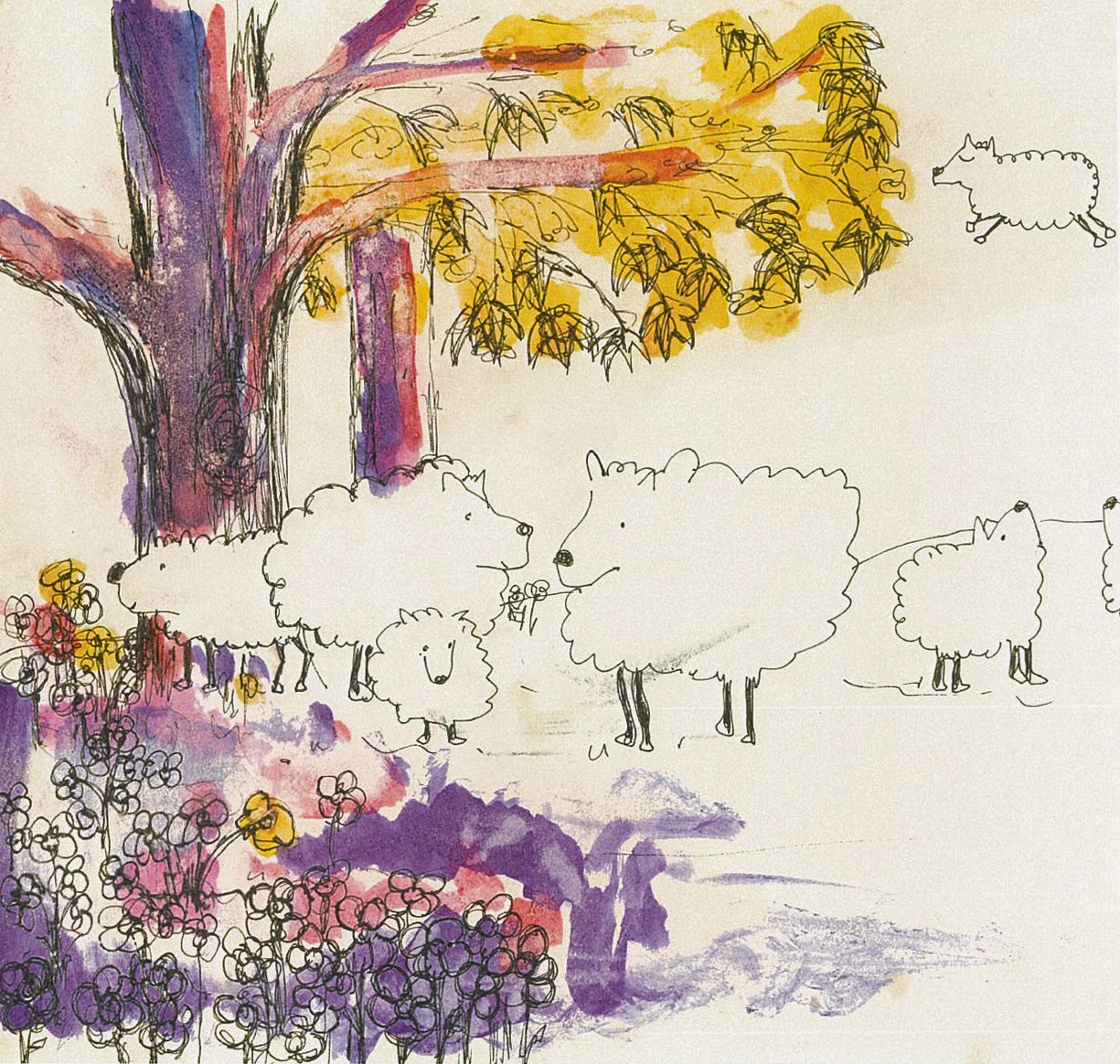