Omnibus Press, of which I was senior editor, is part of Music Sales, which (until that part of the company was sold to Hal Leonard last year) was Europe’s largest publisher of printed sheet music. From time to time I was called upon to contribute to this division of the company and within 24 hours of the death of David Bowie I was asked to write a tribute to his life and work that would appear in a memorial songbook. I was delighted to be asked to write it, and I hope I did David justice. 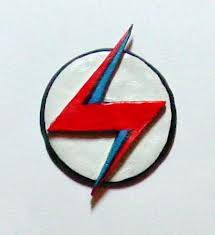 “I pour out what has already been fed in.
I merely reflect what is going on around me.”
– David Bowie, July 1973.

[1] In May of 1971 his wife Angela, nee Barnett, a Cypriot American model and fashion designer, produced their son whom they named Zowie. In the fullness of time he would alter his name to Duncan Jones. Angie and Bowie separated in the mid-seventies and were divorced in 1980.
[2] True or not, in the opinion of my friend Michael Watts, who conducted the interview for Melody Maker, this statement “changed the lifestyles of a generation and kick-started the LGBT movement”.
[3] Iman gave birth to their daughter, Alexandria Zahra Jones, known as Lexi, on 15 August, 2000.

Just one thing; it's Blackstar not Darkstar

Thanks. Amendment duly made.

Dear Chris, you've surpassed yourself! Beautiful and fitting obituary (despite it causing an onslaught of fresh tears). I just finished re-reading "The Archive" (1987 re-issue) and want to thank you so much for your thorough research and beautiful portrayal of David Bowie. Your last paragraph in that book was truly prophetic (see p.83). With sincere appreciation, Jane Hind.

A beautiful and accurate account of his career. I loved the last paragraph.