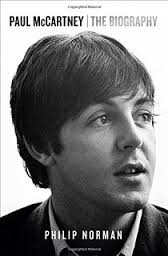 [1] I became convinced that this lady has a very distant relationship with the truth when she let it be known that when Paul smoked marijuana he became violent towards her; anyone with the slightest experience of cannabis use knows perfectly well it has the exact opposite effect. I wholeheartedly concur with the judge who firmly rejected her evidence during the divorce proceedings, reproduced here in all its fantasy detail.

[2] Other errors: a suggestion that The Who would have been managed by Nems had Robert Stigwod taken over is well wide of the mark. Joni Mitchell did not perform at Woodstock. Denny Laine was not a member of the Incredible String Band (it was the Electric String Band) and he is incorrectly identified as Jimmy McCulloch (and vice versa) in a photo in the third plate section. The Troubador in LA is certainly not ‘super-chic’. McCartney did not buy his MPL offices in Soho Square in 1977 but acquired the floors of the building one by one as they became empty from 1972 onwards, completing the ‘set’ in 1977 when he brought about a full scale refurbishment. Finally, I don’t believe Paul ever played a Fender bass on stage, as implied on page 627.

2/3 of the way through it and not 'spoiled' never having read any prior tomes.......good book - enjoying it (especially the references to those people I knew well) and, yes, I spotted some of the same errors as you

Certainly can't be any worse than Paul Du Noyer's recent "Conversations with McCartney".

I really enjoyed "Shout" (all those years ago), even tho I'm a bigger fan of McCartney than Lennon (who I admire almost equally but who left his muse behind when he left British soil).

It can be good to have a critical biographer. Looking forward to reading it. On my kindle as I type.

After doing some online research, I've ordered my first e-cig kit off of Vaporfi.

There's a chance you're qualified for a free $350 Ikea Gift Card.