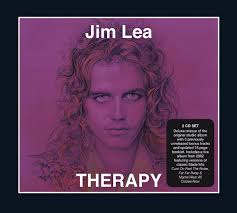 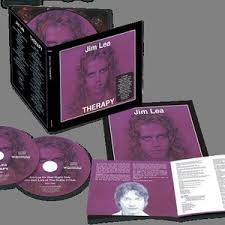 Finally, I should mention that Therapy comes with a second CD taken from the one and only solo gig Jim Lea has ever performed, at the Robin 2 R’n’B Club in Bilston in November 2002. Fronting a trio, singing and playing lead guitar as opposed to bass, Jim called his band Jim Jam and rocked out without mercy, probably as loud as Slade in their day and, believe me, Slade could be blisteringly loud. The set list includes covers, a handful of Slade hits and a couple of his own songs, one of them a tribute to Keith Moon called ‘Over The Moon’ which segues into ‘Substitute’, as good a cover of this Who masterpiece as I’ve ever heard. More importantly Jim shows off lead/rhythm guitar skills I hadn’t imagined existed, a touch of Hendrix on ‘Hey Joe’ and ‘Wild Thing’, a hint of jazz in the slippery chords of ‘Far Far Away’, a punk onslaught on ‘Pretty Vacant’ and an overall mastery of feedback whenever the mood takes him.
Jim also handles the introductions, anecdotes, self-effacing wit and a few dollops of homespun wisdom. “Nowadays bands take a year to make an album and tour for three weeks,” he says at one point. “In our day we had two weeks to make an album and toured for three years.”
Far be it for me to say which method produces the best results.
Posted by Chris Charlesworth

Cheers.although ive never bought the album,and wasnt keen on what i heard,i enjoyed reading that

Excellent stuff Chris.
Have you seen my Slade site - www.slayed.co.uk ?

Just checked it out. Keep up the good work. CC

Buy the album. It is for sure one of the best albums he ever wrote. Very different from Slade off course. More mature, more thoughtful. It's brilliant ! Still listening to it 9 years after the first release.

Very Informative post... If you are searching for Genger Therapist in USA then Dr Graham Peveller Healing Hands is right choice for you because he runs female to male transition Clinic in USA successfully.