Towards the end of March 1973 I was driven by Who PR Keith Altham to the village of Burwash on the Kent-Sussex border where Roger Daltrey occupied The Manor House. My interview with Roger was part of the promotional exercise for Roger’s first solo album, Daltrey, released that April, and in many of the interviews surrounding its release Roger was referred to as ‘Squire Daltrey’, which evidently displeased him. Keith asked me not to do this, nor to write about the estate that Roger owned and I was happy to go along with this.

Nevertheless, I remember looking around the estate, the land, the lakes, the outhouses and, of course, the Manor House itself. Above the fireplace in the spacious living room was a huge oil painting of Roger’s head and shoulders, the Roger of the Tommy years, all golden curls, bare chest and suede coat with long tassels. Unlike the other three members of The Who he was a picture of health, tough-looking, without an ounce of fat, his skin healthily aglow, clearly a man who preferred the outdoors to the smoky clubs favoured by his bandmates. In this regard I remember thinking that Roger was the odd man out in The Who, slightly apart from the other three, but it was his drive and ambition that kept the wheels turning, a bit like McCartney in The Beatles and Jagger in the Stones. If Pete was the brains in The Who, John its musical muscle and Keith the engine room, Roger was its pilot. Someone had to keep a clear head up there on the bridge to steer the ship.
This is what subsequently appeared in Melody Maker, dated April 7, 1973 under the headline: GIVING IT ALL AWAY. 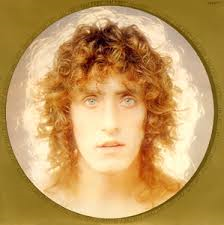 Email ThisBlogThis!Share to TwitterShare to FacebookShare to Pinterest
Labels: Interviews, The Who (Roger)

If you need your ex-girlfriend or ex-boyfriend to come crawling back to you on their knees (no matter why you broke up) you have to watch this video
right away...