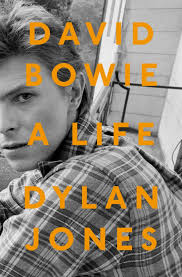 Lori Mattix's story is told in "Alias David Bowie", by Peter and Leni Gillmann. But there is no mention of her still being a virgin.