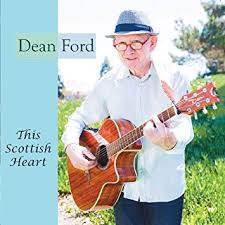 After The Beatles and the acts on the same show at Bradford in December, 1963, and The Rolling Stones at Nelson Imp eight months later, the next professional group I ever saw on stage was The Marmalade, at a dance in Bingley in 1967, at a college for student nurses if I remember rightly. The big difference between The Beatles and the Stones and The Marmalade was that I could actually hear The Marmalade.
They were a top quality covers band in those days and at the time I was playing in a covers band myself, Sandra & The Montanas, based in the village of Cross Hills, near Skipton where I lived. I couldn’t help but notice how much better than us The Marmalade were; more professional, tighter, better instrumentalists, better vocal harmonies, better rehearsed, better equipment, better everything really. Their singer, in the middle, was a dapper little chap in a blue mohair suit with a Beatles fringe, and he looked and sounded very confident. Lots of young nurses were eyeing him up. For some reason, I remember they played a great version of ‘Stop In The Name Of Love’, by The Supremes, a song I loved at the time and which I wanted the Montanas to cover. I also remember thinking that if a band as competant as this had yet to release records, then my Montanas were unlikely to get anywhere and I might as well hang up my guitar.
The Marmalade were in the charts a year later, however, with a catchy song called ‘Lovin’ Things’, a cover of a song by California’s Grass Roots who included songwriter PF Sloan among their number, and then they hit number one with a timely cover of The Beatles’ ‘Ob-la-di Ob-la-da’ from the just released White Album. In 1969 they released their best song ever, ‘Reflections Of My Life’, which was written by left-handed guitarist Junior Campbell, who seems to have been the group’s most naturally gifted musician, and the singer, Dean Ford, whose real name is Thomas McAleese. Featuring a lovely little muted guitar solo that is slightly out of phase, ‘Reflections…’ is one of those timeless pop hits by largely forgotten bands that have clung to me forever, gorgeous little one-off pop songs I never tire of hearing, like ‘I Can’t Let Maggie Go’ by Honeybus and ‘(If Paradise Is) Half As Nice’ by Amen Corner. I download them on to playlists that I listen to in my car or when I’m walking my dog.
Although they had a few more hits, among them the folksy ‘Rainbow’, like ‘Reflections...’ a UK number three, Marmalade were starting to stumble by the time I reached Melody Maker in 1970. They were slipping out of fashion, a bit too swinging sixties, in an era when all we wanted to write about were blazing comets like The Who and Led Zeppelin, or prog bands like Yes and Genesis, or futurists like Bowie and Roxy, or glam rockers like T. Rex and Slade. I think I may have encountered some members of The Marmalade in La Chasse Club on Wardour Street but I didn’t get to know them. Members came and went from the early seventies onwards, and thereafter their family tree got a bit untidy. 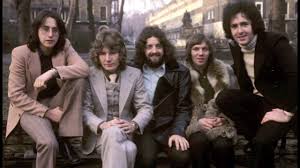 After leaving the group in 1972 Campbell studied composition at the Royal College of Music and went on to become a successful writer and producer; second guitarist Pat Fairly went to LA to open a bar there; Dean Ford struggled to establish a solo career and subsequently also moved to LA; Graham Knight, who played bass, and drummer Alan Whitehead battled on for a while with new members, and eventually Whitehead, one of the first pop musicians to accept tabloid cash for a lurid ‘a different girl every night on the road’-style exposé of pop’s dark sex secrets, quit to go into management and run lap dancing clubs. If Wikipedia is to be believed 14 other members were in and out of the group in later years, among them Dave Dee of Dozy, Beaky, Mick and Tich fame, who took over on vocals for a while, and Hugh Nicholson who left to form Blue which was signed to Elton John’s Rocket Records.
The fortunes of former pop stars in groups like Marmalade – they dropped the definitive article along the way to appear more fashionable – often make depressing reading. They are contingent on whether or not they clung on to whatever they earned during their heyday, which is rarely the case, and whether or not they wrote the songs and, if they did, managed to retain control of their music publishing. As it happens Pat Fairly looked after the group’s publishing for a while and it is probably thanks to him that Dean Ford, as the co-writer of ‘Reflections…’, managed to stay in the black while pursuing an unproductive solo career in California that was hampered by alcoholism. He eventually joined AA and became dry by the early nineties. In the meantime ‘Reflections…’ had gone on to sell over two million copies worldwide and earn its two writers a citation from BMI, the American performing rights collection agency.
All of this would not have concerned me were it not for Dean’s collaboration with Joe Tansin, who played guitar in an eighties line-up of Badfinger, another group whose music I like a lot but whose fortunes read like a horror story. Badfinger’s tireless biographer and cheerleader is LA-based Dan Matovina whose 1997 book Without You: The Tragic Story of Badfinger – available only for £100 or more on Amazon nowadays – I edited many years ago. Dan has now become Dean Ford’s producer for this new and ambitious double CD set of mostly original songs by Dean, a sort of journey through life that delves into his Scottish past and looks back nostalgically at a life that has seen more than its fair share of ups and downs. Dan sent me the CD a couple of weeks ago and I’ve been listening to it on and off ever since.
There are 30 songs on This Scottish Heart, most of them mid-paced and in tranquil keys that sit easily on the ears, some of them in country mould, others with hint of Scottish tradition – there are no bagpipes! – and still more with a driving, boogie rock’n’roll tempo. A handful of the songs are sprinkled with a dash of the faith that has no doubt sustained Dean after his brush with alcoholism.
The opener ‘A New Day’, an affirming reflection of his battles with the bottle, sets the scene, with programmed drums, electric and acoustic guitars – all played by Dean – and a keening, soulful vocal. ‘Glasgow Night’ is a meditation on a distant but unforgotten night of passion, ‘Bonnie Mary’ his thoughts on the Queen of Scots, ‘Buddy, Roy and Dion’, a tribute to his heroes from the first wave of rock’n’rollers. ‘Nineteen Fifty Three’ is about the time Queen Elizabeth II, newly crowned, visited Glasgow with young Dean – or Thomas – out there in the streets with his mum and dad. ‘Left My Heart In Mexico’, a distant cousin of Lowell George’s ‘Cheek To Cheek’, conjures up the mood south of the border, ‘Dreamland’ is a soothing lullaby and a couple of songs, ‘This Scottish Heart’ and ‘Made In Scotland’, assert Dean’s Scottish roots, as does ‘For McDougal’ which sounds like a requiem for an old friend. Perhaps the most unusual is ‘He’s An Angel’, a homage to the artist Keith Haring, ‘a subterranean wonder boy’, set to the nearest thing on the album to a funky beat.
Fittingly, the set ends with a newly recorded version of ‘Reflections Of My Life’, with Dean leading on harmonica before sturdy acoustic guitar chords take over and the vocals come in, as strong as they were back in 1969 when I first heard this lovely, albeit rather melancholy, song. At times despairing – ‘This world is a bad place’ – yet finally inspiring – ‘I’m changing… take me back home’ – ‘Reflections…’ seems to sum up not just the record as a whole but Dean’s introspection as a man of his time.
This Scottish Heart is a brave, poignant and unquestionably heartfelt set of songs from a man who seems at peace with himself as he looks over his shoulder and, perhaps, considers it a bit of a miracle that he’s still here, and still able to sing and play his guitar with the same measure of confidence that I recognised back in that nurses’ college in Yorkshire more than five decades ago.

Thanks, Chris! Here’s where you can purchase the double CD, besides Amazon

Great article - thank you. You've really summed things up nicely. I am so aware of how many good Marmalade songs I missed back in the 60s, the ones that didnt get so much air play. Dean's new double cd is just as you describe. His voice and his songwriting skills still as good now as back then.

Dean was a gift.