SIR CLIFF RICHARD: 60 YEARS IN PUBLIC AND IN PRIVATE 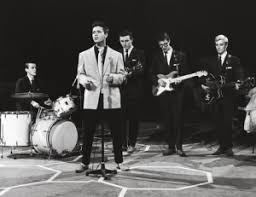 Much as I sympathise with Cliff Richard for the shabby treatment he received at the hands of the BBC and Yorkshire Police, I cannot help but think that to some degree he brings his troubles on himself. Set yourself up as a paragon of virtue, as he’s done ever since he made public his Christian beliefs in the mid-sixties, subsequently allying himself with Mary Whitehouse’s moral crusade, and some will seek to claim otherwise. The more you insist on secrecy in your private life, the more some will seek to unlock its secrets. It’s the price of being a celebrity and if you don’t like it, then tough shit – you’ve got millions in the bank, a big house or two and a Roller in the drive, so live with it.
All of this occurred to me as I watched Sir Cliff Richard: 60 Years In Public and In Private on ITV the other night. In reality it was 60 minutes of obsequious flattery – ‘hagiographic fluff’, as Lucy Mangan called it in The Guardian – designed to promote his new album but the BBC business gave it an angle and was threaded through the film in such a way that, as his story from the Fifties to the present was told, we were brought back to it again and again, largely through interviews with his supporters who expressed their abhorrence at what happened, and Cliff himself who tried very hard to be as generous as he could about it but was clearly equally indignant, as he has every right to be.
Some interviewees, among them the music journalist Steve Turner and a former ‘Fleet Street editor’, seemed to agree with me, suggesting that Cliff’s eternal bachelor status inevitably leads to suggestions that he might be gay, which may or may not be true, but if he is then this doesn’t chime too well with his religiosity so he’s keeping mum. His live-in companion, we were told, is a retired Roman Catholic priest, so perhaps he’s been minded to take a vow of celibacy. Or perhaps not. Perhaps he keeps a harem of concubines in the Portuguese villa where he tends his vineyards. We’ll never know because he refuses to say, and the longer he refuses to say the more the speculation will continue.
I am not a fan. I belong to the school of thought that believes Cliff hasn’t improved on ‘Move It’, the first single he ever recorded back in 1958, which was absolutely tremendous and remains, as one of the interviewees – I think it was the erudite Paul Gambaccini – said, ‘the best British rock’n’roll record until The Beatles came along’, or words to that effect. That’s true. Ernie Shear’s guitar intro was a gem, and when Cliff comes surging in on the last line of the first verse – ‘Let me tell you baby it’s called rock and roll’ – it’s as good as anything the Americans were coming up with. Furthermore, the message in the lyrics suggested the cool-looking singer in his white jacket, black shirt and white tie really did have faith in the power of rock. Unfortunately, though the follow-ups ‘High Class Baby’ and ‘Mean Streak’ weren’t bad, the rot set in with record number five, ‘Living Doll’, his first number one, beloved of Andrew Lloyd Webber we learned, and from then on Cliff changed his apparel and set his sights on that dreaded objective, becoming an all-round entertainer, exemplified in this show by an appearance in a pantomime. Thereafter his output descended into North European schlager (‘Bachelor Boy’, ‘Congratulations’, etc), sentimental balladry (‘The Minute You’re Gone’, ‘Miss You Nights’, etc) or God-fearing piety (‘Saviour’s Day’, ‘The Millennium Prayer’, etc), none of which are to my taste.
It could be argued, of course, that Elvis did the same when he came out of the army, but at least he left us four or five albums of decent stuff, as heard on the 50’s Masters box set, and he partially redeemed himself with the Memphis sessions in 1968 and ’69. For my money, Cliff’s only subsequent records of merit have been ‘Devil Woman’ in 1976 and ‘We Don’t Talk Anymore’ three years later, unless I’ve missed something which is quite possible as I gave up on him long ago.
He certainly has a loyal fan base, mostly ladies of a certain age who don’t seem to see the irony in singing along to ‘The Young Ones’, as ghastly a song as he’s ever recorded. Cliff is now a cottage industry in this regard, a cult in a way, set apart from the mainstream music industry insofar as his records and tickets to his concerts can be marketed direct to this fan base without the need to engage with the public at large. Cliff gave the impression he’d like to expand on this, but it doesn’t really matter, not now. He’s 78 after all, but he still plays tennis.
I am absolutely certain that whatever it was that motivated Yorkshire Police to raid his Surrey home four years ago was based on a pack of lies. He was innocent of whatever it was that someone suggested he did, and the BBC were way out of order in covering the raid in the grotesque manner they did, a dreadful, albeit uncharacteristic, lapse in editorial judgement for which they have rightly been censored. But, gee whizz, Sir Cliff Richard: 60 Years In Public and In Private didn’t half ladle on Cliff’s virtuousness thick. It was even felt necessary to point out that when Cliff generously donated a case of his vintage wine to the doormen at Wimbledon, the bottles would not be opened until they were off duty. Of course not.

Schlager, a new word for me.

Posh word for Oompah music Tim, as heard in beerkellers and once popular with Eurovision song contest judges.

If you listen to 'What a shame Mary Jane had a pain at the party' by The Beatles you'll hear Johnny Beatle say in a very greasy voice, "Good evening and welcome to Schlagers . . ."