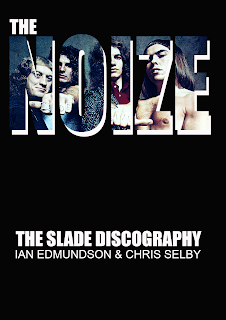 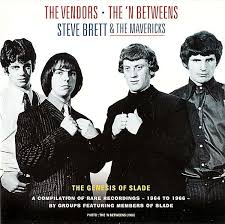 I’ve also read the book and along with your own, believe it will become another Slade bible. Great write up Chris

Thank you so much for the kind review, Chris. Much appreciated.

We tried to write a good, factual guide to their releases, with a summary of each year and the attendant ups and downs.

We were extremely careful not to put words in their mouths. I think we got a result. Thanks, again.

That is a very good review, Chris.

I really enjoyed reading your review as I was thinking of ordering a copy myself. As a 56 year old Slade fan since 1972,I totally agree with your comments and observations about Slade.
I also enjoyed your sleeve notes for the salvo releases.
Great job Chris.
Best
Graham.

Thank you Chris for putting your 100 cents in ! Very enjoyable read and very much as it happened for this well loved, but often overlooked band. Let's hope you get the chance to update the bible, your 1983 "Slade:Feel The Noize" masterpiece. greetings from Canada, Steve Marsh