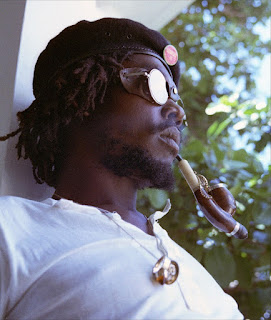 I had a record dated 1965 of the quasi-calypso "Shame & Scandal" by Peter Touch and the Wailers.

Chris it’s a great shame that we’ve never crossed paths I’m a Tour Manager and lived in Jamaica for more than 25yrs moving there while working for ALE (Alex Leslie Ent’s) at the beginning of the 1980’s I had the great pleasure of spending the first 8 and a half months with Peter and Marlene Brown in New York and Jamaica 🇯🇲 seeing him on a daily basis going through the court battle with EMI and winning without a Legal representation which is quite uncommon especially with the power of the record companies legal team but the Judge was so impressed against all odds he won a settlement and the EMI were committed to make a video for the first singl off the forthcoming album ‘No Nuclear War’ I took him to a meeting with legendary publicist Charlie Comer and we hatched a plan for a promotion strategy which included a long awaited tour to promote the album with our first date to kick off playing Maddison Square Gardens which Peter had always dreamed of doing especially after Bob and Bunny had already done! On our return to Jamaica 🇯🇲 Marlene Brown his common law wife not legally married in Jamaica as they tied the knot in Nigeria 🇳🇬 had a court date in Jamaica against Jamaican immigration through an incident that had happened prior at the airport! But on returning to Jamaica a nightmare unfolded with his car missing and the days that lead up to his untimely murder! I was late that night of the 11th of September and it probably saved my life but I arrived before the police I know exactly what happened I was probably the last person to see Peter period! Apart from the morgue personnel that took his body from the emergency room at University Hospital! I arranged the security to protect the living victims being treated at that hospital I notified Carlton’Santa’ Davis’s partner at his request that he had been shot this can all be confirmed by Santa himself! There have been terrible comments made about Santa running away and leaving Peter to die! It’s called flight or fight! He did what anyone shot multiple times would probably do unless trained for war! Santa was not a coward!! Peter could not have been saved with 2 gunshots at close range to the head even if it happened in an operating room with an anaesthetist and Brain surgeon on hand he would have died! He was barely alive when he reached hospital and died minutes after! I have given truthful accounts before but not many as it’s still to this day the most traumatic event of my life but if you write a book about such an iconic man you must tell the whole story as there have been so many lies been told about why! Why did they target Peter that night! I know the truth and the saddest part is that the very person responsible that had his death sentence commuted to life is either out of jail already or will so be paroled!
If you ever want to know the truth you have my email and you can contact me!
One Loe
Joe Borszeki

Thanks Joe. John Masouri wrote the book, not me, but I commissioned and edited it. We had to be a bit careful re libelling people I cannot name.

Yow, I'm seeking the truth, and I would love to reason or correspond with you. My email is simpsonjamaica1@gmail.com.
Please feel free to email me. I would do anything possible to know the truth of what happened to the prophet. Much Love. "Equal Rights and Justice"
Live on The Great Peter Tosh. Love yo Bunny Wailer, and Bob Marley too, but Tosh was exceptional. JAH bless.