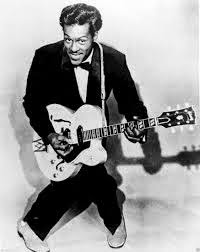 Yesterday I went to pick up Sam from his Uni at Harrow in North London, a three-hour round trip from where we live in Surrey; A3 to M25 to A40 into London, then a slow, traffic-clogged drive through the neighbourhoods and then the whole journey back again. This offered an opportunity for seriously loud in-car entertainment, so on the way I played the whole of Bob Dylan & the Band’s two-CD Basement Tapes Raw, then an R.E.M. hits compilation and finally Exile On Main Street, the Rolling Stones’ greatest album which still sounds absolutely fantastic.
By this time, of course, Sam was aboard and we got into a discussion about the Stones. We’ve talked about Hendrix, The Beatles and The Who a lot before but never really about the Stones. He didn’t even know how many were in the group, so I told him about them, and how the great Bobby Keys played saxophone. “Who wrote the sax parts?” he asked. “Probably Keith,” I said, not quite sure if I was right. “How can he write sax parts if he only plays guitar?” Good question, I thought. “He hums them I guess,” I replied, ad-libbing a bit. “But I think Keys was so good he just played them intuitively.”
When the truly wonderful ‘All Down The Line’ came on we turned the volume even higher and Sam correctly remarked that the song had a touch of Chuck Berry about it, so this developed into a conversation about how Chuck’s music inspired just about all the first generation of beat groups in the sixties. Then Sam told me he’d seen some recent footage of Chuck and he was dreadful. “He was doing Johnny B Goode, and he didn’t even sing,” said Sam. “He just spoke the lyrics. And his guitar solo was useless. He could barely play.” “Well, he’s pretty old,” I said. “How old?”
I didn’t know, so this morning I looked it up. He was 88 in October; eighty-bleeding-eight for chrissakes and he’s still going! So I can forgive him for what Sam thought was an under-par show. I only ever met Chuck once, at a party in LA in 1973. It was held at the home of his LA girlfriend, a publicist for a record label, whose name escapes me but she’d given Chuck – or Charles as everyone called him – a Polaroid Land camera as a present and the great man was much taken with this gift, so he took photographs of everyone at the party, me included.
Of all Chuck’s many great songs, my favourite has always been ‘Sweet Little Sixteen’. As I mention elsewhere on Just Backdated in a post about this particular song, many years ago I was descending an escalator at Leicester Square tube station having had drink taken when I accidentally bumped into a large and unfriendly looking bloke who looked like he might want to do me harm. So I started singing ‘Sweet Little Sixteen’, quite loudly too. “Do you like Chuck Berry?” I asked him, and without waiting for an answer launched into the verse: “They’re really rockin’ in Boston…” The bloke took one look at me and fled, probably thought I was mad.
Thanks Chuck. Hope you make it to 100.

Your post reminds me of a situation involving BB King, last October. Seems the King Of The Blues gave a rather uneven performance two months ago. He was somewhat disoriented and confused, forgetting lyrics and parts of songs. This led numerous Jackasses to take to fb and complain and demand a refund. Nevermind that Mr King is FREAKING 89 YEARS OLD, but was later diagnosed with exhaustion and dehydration. It floors me to think anyone would be critical of the man, ( or complain that a near 90 year old Living Legend wasn't doing Townshend-llike jumps!) The absolute American Treasure was still playing over 200 shows a year. I saw him about ten years ago, and it remains one of the most enjoyable concerts I've ever attended. Anyway, I guess it's just a reflection of the cynical time we live in.

Run Run Rudolph, Santa's got to make it to town
Santa make him hurry, tell him he can take the freeway down...

Using a Chuck song to save yourself from getting filled in - great! Reminds me of a similar story I heard from George Melly:
http://www.morgan-fisher.com/miniatures/2012/06/05/m1-23-george-melly/

Disgusting pedophile. Good riddance to him.