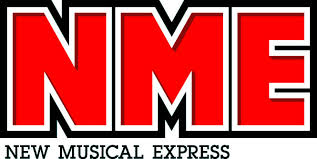 Although it won’t affect me personally in the slightest, the news that NME will henceforth become a free magazine sends chills down my spine. I fear for the writers on its staff, I fear for the freelances who contribute to it and I fear for the rest of the music press too, the monthlies that didn’t exist when I worked for Melody Maker all those years ago. The move has been described as ‘the last throw of the dice’, which is tantamount to saying weekly music papers are now a thing of the past, a past that provided me and many writers who are still my friends with a rewarding profession that seems to be disappearing down the drain like the typewriters on which we wrote our stories and the carbon paper we used to make copies that were filed away lest the original became lost in the mail.
Reports on NME’s situation included the information that its weekly circulation now stood at a paltry 15,000. It’s the last man standing among what was once a vibrant industry that in the seventies also included MM, Sounds, Disc & Music Echo and Record Mirror. In 1972 the circulation of MM reached 200,000 a week with NME, our nearest rivals, on 180,000, Sounds on 100,000 and the other two on about 50,000 each. NME would soon outgrow us, of course, reaching 300,000, but even in 1972 that’s almost 600,000 weekly rock and pop music papers sold every week, around 32 million a year, a figure now reduced to less to just over 750,000.
But these statistics only tell part of the story. The tragedy is not so much the catastrophic decline in circulation as the decline in opportunities for budding writers. All these weekly papers offered a platform for writers to hone their craft in a situation that involved deadlines, working to a strict schedule, so there was no dithering over the text we wrote, no Wikipedia to cross check information in seconds, no instant Thesaurus to look up a synonym, just the need to type it up quick, hand it to the subs and move on to the next story. Such discipline sharpened our skills with the result that many of my colleagues on the weekly music press moved on to positions of distinction in the newspaper industry or as authors. Blogging is all very well, but it isn’t paid and it isn’t constructive in terms of training the next generation of music writers, if there is one.
Also, with no internet, no MTV, no commercial radio even, only Radio One, Top Of The Pops and The Old Grey Whistle Test, groups and their fans needed the weekly music press. We were the only means of communication in the rock world, the only place to find out about concert tours, new releases and which group was undergoing an upheaval. Indeed we might have been the only means whereby fans of groups like Led Zeppelin and Pink Floyd (who never appeared on TV or on their LP sleeves) could find out what they actually looked like. Nowadays all this information is provided on line, on the acts’ own web sites, which might be convenient but offers no objectivity whatsoever.
Although I haven’t read NME in years, I find all this quite depressing and can’t help feeling that fans were better served in my day, even if the ink did rub off on their hands.
Posted by Chris Charlesworth

Very sad. Especially when one thinks of the writers, critics and photographers the British music press produced. I suppose, especially with music, the medium has to fit the message. And these days that's hard to define.

In my city (I assume it's the same everywhere), the music press has become a localized "freeby", paid for by sponsors, available next to your pint. More professional than the fanzines of yore, but no longer the cross country, unifying force the NME could be. However, at least more stimulating than yet another glossy Q cover featuring Pink Floyd / McCartney / Brian Wilson / Led Zepp.

The final end to an era of music which wound down probably 20 years ago in reality. The NME was my bible in the early sixties, and probably why I started taking photos, and some of my first publications were in NME and MM.
The immediacy of the UK music press was unique, the charts compiled on Sunday at a time when it was all vinyl sales were out in the mags on Wednesday, we delivered prints up to Monday morning so they could be in that weeks paper.
The internet has changed all that but as Chris said, with no objectivity or focus.
It was a weekly paper culture that was only in the UK, but it shaped the music industry of the greatest music era from the late 50's through the 70's and certainly gave me a career.