BACK IN THE USSR

For reasons that I am at a loss to explain Just Backdated has seen a surge of hits from Russia in the past month, over 10,000 compared with 2,886 from the USA and 1,302 from the UK. Russia has now leapt into third place after the USA and the UK in terms of all-time national visits, overtaking Canada, Germany, France, Japan and Australia in a matter of weeks, and although it still has some way to go to challenge the US and the UK in all time hits totals, if they keep up this pace it won’t be long before that challenge becomes serious.
As I say, I haven’t the foggiest idea why music fans in Russia have suddenly cottoned on to Just Backdated in the past few weeks, but I welcome them all the same. If any of them are reading this, maybe some could enlighten me. Has JB been promoted by some Russian music forum that I don’t know about? Has a link to JB been shared by some influential Russian rock critic? Has JB been mentioned on a Moscow radio rock show? Or is it something slightly sinister? Please tell me. 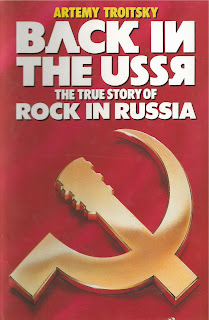 In keeping with the Russian theme, it may be of interest to these new readers to learn that I have some previous in regard to Russia and rock music. In 1986, on behalf of Omnibus Press, I commissioned the noted Russian music critic Artemy Troitsky to write Back In The USSR: The True Story of Rock in Russia, an account of the history and development of rock music over the previous 25 years in what was then the Soviet Union. As I wrote in a brief note at the beginning of the book, I got the idea for this project when I read a Guardian article about Russian rock that was written by Artemy and commissioned by the paper’s then Moscow correspondent Martin Walker.
This wasn’t as easy it sounds. Back then Soviet chief Mikhail Gorbachev had yet to initiate glasnost and perestroika, so the USSR was effectively still a closed shop. Artemy wasn’t supposed to accept a commission from a western publisher and all manuscripts by Russian authors intended for publication outside its borders were supposed to be delivered via VAAP, the Russian copyright agency, which would translate it from Russian to English and, presumably, censor it while doing so. We got around this by having Artemy write two manuscripts, one for them and one for Omnibus, ours being smuggled out via the Guardian’s diplomatic bag courtesy of Martin Walker. Not having access to an English-alphabet typewriter, Artemy painstakingly wrote it out in his best English in longhand, meaning I had to type it all out for our typesetter, not the easiest editing task I’ve ever undertaken, and he also sent me about 50 pictures to use in the book.
It was worth the effort. The book was published to excellent reviews the following year, even though I never received the ‘official’ manuscript from VAAP (to whom, incidentally, we had paid an advance). We made arrangements for Artemy to visit the UK to promote it – the first time he’d visited the west – for which all sorts of official red tape had to be resolved. At one point the Russian authorities wanted to send a ‘minder’, presumably to make sure Artemy didn’t defect, but when we balked at paying the minder’s travel costs they let it drop. I was bemused by a seemingly obvious contradiction that the Soviets seemed to have overlooked: if VAAP hadn’t delivered a manuscript, how come Omnibus had published it, thus requiring its author to visit the UK promote it?
“Ah, ha,” laughed Artemy when I pointed this out to him. “To understand that you have to understand the way Russian bureaucracy works. The government department that deals with manuscripts is a different department to the one that deals with travel visas. They don’t communicate. To do so would create extra work, and no one wants that.” 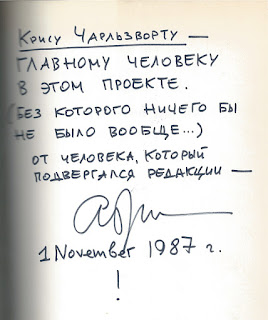 Artemy's dedication to me at the front of his book. He told me once what it said but I have forgotten.

Back In The USSR wasn’t a massive seller for Omnibus but it was translated into many non-English language editions and published in the USA by Faber & Faber. Like me, all these other publishers felt it was an important historical document, a history book if you like, and that the story of rock in Russia needed to be documented for future generations. In this regard Artemy did a wonderful job.
On his visit to London Artemy appeared on TV and radio and, through my efforts, met up with Paul McCartney, Richard Branson and Brian Eno. He visited Bath, where he met Peter Gabriel, and Dublin, where he met U2. All of these famous names were keen to talk to him, to learn from his experience. That aside, I found the whole exercise deeply enlightening, not only learning about how rock permeated the Soviet Union against the wishes of the authorities – like everywhere else, like Canute and the tide, they simply couldn’t hold it back – but dealing with – and outwitting – official procedure. 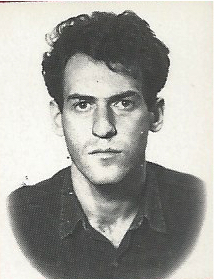 Finally, I’m happy to add that Artemy, who now lives in Estonia, has remained a great friend.