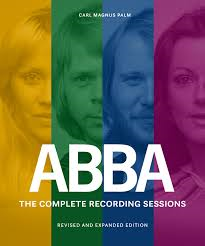 On Wednesday, 16 February 2000, I sat down to dinner in the restaurant at the Grand Hotel in Saltsjöbaden, a suburb of south east Stockholm on an archipelago that faces out towards the Baltic Sea. It was freezing cold outside on this, my first visit to the Swedish capitol, and my dining companion was Carl Magnus Palm, whom I was meeting for the first time.

About a year before I had decided that Omnibus Press, of which I was Editor-in-Chief, ought to publish a substantial, warts-and-all biography of Abba and that its author had to be a Swede. Existing biographies, written by British writers, only skimmed the surface of their career and said very little about the real lives of those involved, so I did some research and somehow found Magnus. Or he found me, and he wrote to me as follows: “I was especially pleased to learn that you recognised the value of having a Swedish writer doing the book, since that would be necessary to be able to do interviews in Swedish, not to mention that such a writer would be better equipped to write knowledgeably about important aspects of Swedish history and culture.
“I believe I would be the perfect writer for you,” he went on. “I have been occupied with in-depth research on ABBA and the careers of the individual members for a decade now. I have innumerable files in my computer that are chock-full with information about ABBA, thousands of newspaper and magazine articles and hundreds of video items. I also have access to a large worldwide network of knowledgeable ABBA fans who [will be] happy to share their insights with me.
“I write fluently in English, and would be able to provide you with a vivid, fair and wide-reaching portrait of the group. I would perhaps not be able to give you Albert Goldman or Kitty Kelley, but I could certainly strive for Johnny Rogan, whom I see as a role model for writing a book like this in terms of giving appropriate space for aspects of art and private and business matters.”
Well, he’s certainly confident, I thought, and he wasn’t kidding about his Abba awareness, and in any case I wasn’t after a Goldman/Kelly hatchet job anyway, more of the Rogan-style approach exemplified in his Smiths book The Severed Alliance. 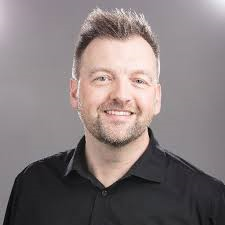 So we shook hands, sat down at a table and ordered our food. I fancied drinking wine and, although horrified by the prices in a country that discouraged alcohol consumption by taxing it to the hilt, ordered a bottle. This might explain why, before we got to talking about Abba, Magnus launched into a conversation about The Beatles, most specifically John. It turned out he was a massive Beatles fan and to my surprise and delight he produced from his pocket a couple of pages from an old copy of Melody Maker, the interview with John that I conducted in Los Angeles in October 1973. Magnus had cut it out and saved it in the hope that one day he and I would meet. It was a lovely introduction, the beginning of a friendship that endures to this day and a good excuse to order a second bottle of red.

So I told Magnus about my brief but memorable friendship with John and so keen was he to listen that it wasn’t until after we had finished our main course that we turned our attention to Abba. I soon realised he knew everything there was to know about Abba, or at least more than anyone else barring the group themselves and those that worked for them, and that I had found the ideal author for the Abba book I had in mind. The following day I met with his literary agent, did a deal and in 2001 Omnibus Press published the first of many editions of Bright Lights Dark Shadows: The Real Story Of Abba, still in print as a revised edition today, all 256,201 words of it in the latest edition, its sales now standing at well over 50,000.
Magnus went on to write other Abba books, including a guide to their music for Omnibus, and produce film documentaries on the group. He has since become recognised as the world’s leading authority on Abba in much the same way that Mark Lewisohn has made his name in a similar role for The Beatles. Magnus writes sleeve notes for Abba’s enhanced catalogue reissues and, like Mark with The Beatles, commands the respect of the members of Abba without becoming a part of their organisation and therefore beholden to them in what he writes about them. Through a deft blend of hard-earned knowledge and subtle diplomacy, he has earned their trust, an ideal situation for a writer and archivist. It almost goes without saying that he is as respected by Abba’s fans worldwide as he is by the group themselves.
Perhaps inspired by Mark Lewisohn’s books on The Beatles, most especially The Complete Beatles Recording Sessions (1988) which I would bet my house on his having read word for word, Magnus has now excelled himself in terms of Abba scholarship by compiling Abba: The Complete Recording Sessions*. Crowd funded by contributions from fans, it is very classy but on the expensive side: a 448-page, magnificently produced, large format illustrated work chronicling in extraordinary detail the studio endeavours of Björn, Benny, Frida and Agnetha, from the earliest session in which Björn & Benny took part together, in November 1966, right the way through to the last, on 23 August 1982, when engineer Michael Tretow worked on final mixes of ‘Cassandra’, ‘Under Attack’ and Abba’s exquisite swansong ‘The Day Before You Came’. 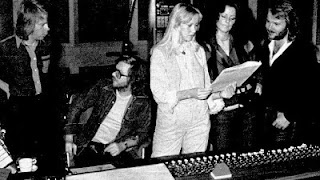 Michael Tretow with the four members of Abba in the studio in 1978.
It is, of course, an astonishing labour of love and Magnus has been assisted in his endeavours by Björn and Benny and, to lesser extent, Frida and Agnetha. Perhaps most valuable, though, was Tretow himself, who was on hand to guide him through Abba’s tape archive and shed light on their recording process. Granted access to master tapes, rejected mixes, alternative versions, rough cuts and pretty much everything that was saved from every recording they ever made, Magnus has painstakingly set down precisely what happened and when, and is thus able to describe in precise terms how Abba’s music was assembled and how choices were made in regard to what was released and what remained in the can. Scans of tape boxes and other documents illustrate the chronological entries and along the way Magnus charts the group’s development in terms of their success, ambition and enterprise, giving an overview of each recording, singles and albums, as they were issued, setting all this in a frame of everything else that was happening elsewhere in the world of pop during the years when Abba was together.

So, as an example of what’s on offer, here we are on 10 September 1975, and the four members of Abba have assembled at Metronome Studios in Stockholm to record the vocals for a song with the working title of ‘Boogaloo’. Björn has finally come up with some lyrics: “The theme was pretty unambiguous,” writes Magnus. “A 17-year-old girl, going out on a Friday night to have a good time on the dance floor, flirting with guys who may or not be ‘kings’ to her ‘queen’,” and after a few paragraphs about the sequencing of different aspects of the backing track and, intriguingly, a verse that was later removed, he points out that the final line of the chorus was ‘Dig in the dancing queen’, “as in encouraging people to help themselves to food. The ambiguity was spotted not too long after the album’s release, although one assumes that Björn, Benny and Stig [manager Anderson] were relieved to realise that ‘dig in’ could be interpreted as ‘digging’ which is how Bjorn prefers it to be today.”
Such detail might addle the brain were it not for the pleasure this particular song has given the world. It seems pretty much everyone involved knew they were on to something special. “Frida has commented that Bjorn and Benny often wanted [her and Agnetha] to sing in registers that were beyond their vocal capabilities,” writes Magnus, “and certainly, on the ‘You can dance, you can jive’ section of the chorus, especially at 02:58 in the finished recording, there’s a palpable sense of the two vocalists only just managing to reach the notes, seemingly fuelled by nothing else than an extra boost of energy and pure willpower. No other pop band has ever been able to reproduce that particular sound and feeling. ‘When we recorded the vocals for “Dancing Queen”, I remember we both had the chills; the hair stood up on our arms,’ said Agnetha a few years later.”
Nevertheless, no amount of analysis and research in superb books like this can really explain the magic of Abba, any more than they can explain the magic of The Beatles. There was something in the air, of course, but it may have had something to do with what Agnetha describes elsewhere in this book as a ‘strong sense of competition between us [girls]’ while Frida goes as far as to admit: ‘We pushed each other. Anything you can do I can do better!’ And while the two boys, as the group’s writers, are often credited as the key members of Abba, Benny, the source of all those melodies, isn’t so sure. “When you talk about concepts like ‘the Abba sound’,” he tells Magnus, “you certainly have to mention the songs, the way we arranged them, Michael [Tretow’s] contribution and all that, but take away Frida and Agnetha and let two other girls sing their parts, and the ‘Abba sound’ goes out of the window immediately. Their voices were simply the most important ingredient of our overall sound structure.” I tend to agree.
ABBA: The Complete Recording Sessions is available only through a dedicated website: abbathecompleterecordingsessions.com. Prices vary according to where it is to be shipped, but in the UK it is approximately £94.

* To avoid any misunderstanding I should point out that this book is a massively upgraded and expanded edition of an earlier book by Magnus with the same title, published in 1994.
Posted by Chris Charlesworth