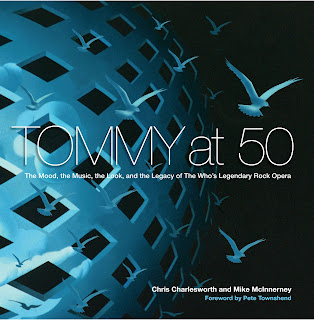 Email ThisBlogThis!Share to TwitterShare to FacebookShare to Pinterest
Labels: The Who, The Who (Books)

Great stuff, Chris. I don't suppose the book has uncovered any further insight into the recording sessions, dates, etc.?

Thanks. Not more than I could glean from all existing books, liner notes and mag articles, plus my own assumptions.

I watched the premiere at the odeon Leicester Square. Magic to this day