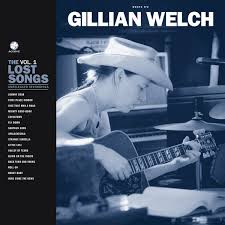 Earnest Gillian Welch fans like me nowadays bear a striking resemblance to that frustrated bloke at the bus stop. You wait for ages, only for the unexpected arrival of an avalanche of riches. It is now nine years since her and partner Dave Rawlings released The Harrow & The Harvest, their last album of newly recorded songs, the only respite during this lengthy drought being 2016’s Boots No 1, The Official Revival Bootleg, a 2-CD set of outtakes from the mid-nineties sessions that produced her debut set Revival and which was reviewed here on Just Backdated - http://justbackdated.blogspot.com/2016/11/gillian-welch-boots-no-1-official.html.

October saw the download-only release of an album of cover versions called All The Good Times that, annoyingly, I can’t seem to download, especially as it contains their take on John Prine’s lovely ‘Hello In There’. Now, suddenly, we have Boots No 2: The Lost Songs Volumes 1-3, available for some time as a download with a 3-CD disc set scheduled for mid-December. It contains 48 songs, all recorded as demos in 2002 to fulfil obligations to a publisher who was presumably charged with distributing them to artists that might record them.

Only three of these songs are familiar to Welch/Rawlings fans, so I’ll deal with them first. Two appeared on Soul Journey (2003) which suggests they are outtakes from these sessions. ‘One Little Song’ is taken at a slightly faster tempo than the album version but is otherwise identical, while the blues standard ‘Make Me Down A Pallet On Your Floor’ benefits from a sweeter guitar part, courtesy of Rawlings. The third, Hank Williams’ ‘How’s About You’, appeared on Rawlings’ A Friend Of A Friend solo LP in 2009. Here Welch takes the vocal on a sparser arrangement. 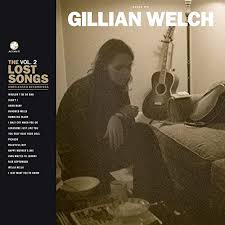 Which leaves us with 45 further songs to digest, a veritable feast that might not have been laid on our table but for a tornado that ravaged East Nashville in March of this year, tearing the roof off Welch and Rawlings’ private studio where their archive was stored. The effort to salvage the archive inspired an atypical decision on their part to release this motherlode of tracks, hitherto intended only for business use.

The snail-like pace at which Welch and Rawlings release albums of new songs can doubtless be attributed to their endless search for perfection, the level of which surpasses the most exacting standards. It comes as no surprise, then, that their demos – if that’s what the tracks on Boots No 2 really are – do not sound like demos to me. They sound like finished recordings by an act that simply prefers to accompany itself on guitars without further adornment, unless one of them switches to banjo and/or adds a harmonica.

By and large the songs follow the pattern you would expect, songs of hardship, hymns to the downtrodden, a few nods to old time religion, bluesy and melancholy for the most part with a hint of anger here and there. In amongst the sadness, however, there are occasional bursts of joy, usually toe-tappers like ‘Back Turn And Swing’ that might suit the repertoire of a banjo-led quartet in check shirts and cowboy hats booked for the Saturday night hoe-down in the Lucky Horseshoe saloon. Equally joyous but on a more personal level is ‘Happy Mother’s Day’, an affecting dispatch to the birth mother that Welch, who was adopted, never knew.

As you would expect, some of these songs – among them ‘Hundred Miles’, ‘Beautiful Boy’ and ‘Lonesome Just Like You’ – boast gorgeous melodies, simple and seemingly effortless, on some cases so fleeting as appear merely as sketches. Variation comes with ‘Honey Baby’, a close-mike recording with muted guitar picking that sounds as if Gillian is in the room alongside you, crooning in your ear; ‘Turn It Up’, pure fifties rock’n’roll; ‘Wella Hella’, a slinky, slide-guitar 12-bar; ‘What Can I do’, a short shuffle in jazzy tempo; and ‘There’s A First Time For Everything’ which would fit neatly into a set by Tony Bennett. 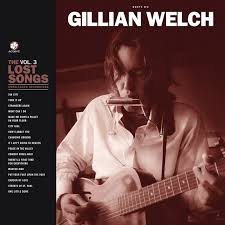 Every now and then I can hear traces of songs that have appeared elsewhere in the Welch catalogue. There’s a suggestion of ’Caleb Meyer’ in ‘Shotgun; of ‘Scarlett Town’ in ‘Little Lui’; and ‘Red Clay Halo’ in ‘Back Turn And Swing’. I should add here that ‘Didn’t I’ is a charming, albeit slower but still shameless, rewrite of Willie Dixon’s ‘My Babe’ but this is an aberration. The simple country blues of ‘Picasso’ more characteristic of their work, enhanced here by whichever of the pair blows the harp. It's quite beautiful.

Forty-eight songs are a lot to digest but I’ve listened to them all at least three times now and while it may be that new delights dawn on me after repeated listening, I can state without a shadow of a doubt that Gillian Welch and David Rawlings are composers and musicians of the highest rank who produce music as lovely as anything you’ll hear right now.