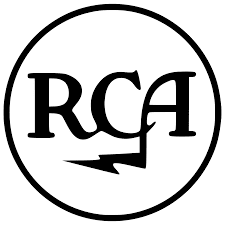 The first LP I ever owned was Elvis’ Golden Records. It was a present from my mum and dad, Christmas 1958, and I was 11, and when I carefully took the disc from its sleeve and placed it on our auto-change record player I was disappointed that six of its 14 tracks were ballads. I preferred ‘Hound Dog’ to ‘Loving You, ‘All Shook Up’ to ‘Love Me’ and ‘Jailhouse Rock’ to ‘That’s When Your Heartaches Begin’.

It was the first of half a dozen Elvis LPs that I bought, or was given, between 1958 and 1961, all of them on the RCA label, so I got to know its logo well – the letters R, C and A in a circle with a sort of jagged line stretching down from the left-hand curve of the A, like something you might see on a warning about live electricity. The letters stood for Radio Corporation of America which was written in small sprint on the rim of the label, and it seemed to my 11-year-old Elvis-addled brain like the greatest corporation in the world.

If anyone had told me then that one day I would work for RCA Records I’d have said they were dreaming, but it happened in 1979 after I’d just returned from New York with my tail between my legs. From the early spring of that year until the late autumn of 1980 I was employed as RCA’s ‘Head’ Press Officer at their Bedford Street offices in central London. In the event, the job wasn’t really my cup of tea but at the time I needed the work for I was boracic lint, dossing down on the floor in the living room of my friend Glen Colson’s flat in Dalling Road in Shepherds Bush. It was actually a Notting Hill Housing Trust property, let from them to Bruce Thomas, the bass player in Elvis Costello’s Attractions, and sublet from Bruce to Glen. “It had been used as a knocking shop for the band,” wrote Glen in his memoirs.

It was up a narrow flight of steps, on the first floor, just two rooms, a poky kitchen and a cold bathroom. Downstairs lived a couple who drank and rowed a lot and Glen told me Bruce used to have it off with the wife. He had painted his bedroom dark blue and had a comely girlfriend called Gillian who stayed over some nights but I never heard them having it off.

I arrived there in January, with one suitcase. I’d spent Christmas in Yorkshire with my dad and sister and decided there was nothing going for me up there, so I caught the train down from Leeds to King’s Cross and met up with Glen in The Three Greyhounds, a pub on Old Compton Street. That winter he was renting offices above nearby Ronnie Scott’s from where he did PR for Costello, his manager Jake Riviera’s Radar Records and Dave Robinson’s Stiff Records, and a few other musicians from the demi-monde of post punk. As it happened he’d just severed his partnership with Pete Frame, the music writer most famous for his Rock Family Trees, and was looking for a replacement which turned out to be me. Literacy was never Glen’s strongest suit so he needed someone to write press releases and drive him around. I took on this not particularly arduous position in return for lodging at the Dalling Road flat, but it was always going to be temporary.

Glen had somehow acquired a white VW Karmann Ghia sports car that had once belonged to Marianne Faithfull which I occasionally drove, and we used to visit Stiff’s offices in Alexander Street and drink in the Durham Castle a few doors down. Here I met – or was reintroduced to – those who worked for Stiff: Robbo, Paul Conroy, Cynthia Lole, Nigel Dick, Alan Cowderoy, Kosmo Vinyl, who I thought was a bit of a loudmouth, and a few more. Pete Jenner and Andrew King’s Blackhill Enterprises was just up the road and they’d be in the Durham too, along with some of the bands they managed, Ian Dury and his Blockheads, Roy Harper and Alberto Y Lost Trios Paranoias.

On Sundays Glen and I would eat lunch at his sister Gail’s house in Clapham where she lived with their mum and dad. The big terraced house had once belonged to Roger Waters of Pink Floyd and on the second floor was a huge, hollowed out single room, a playroom really, with Gail’s massive record collection. Glen’s glamorous mum Stella fussed over me and I almost felt like part of the family.

Each week I bought Music Week and scoured the job vacancies at the back. I went for an interview as PR at Arista Records and was told by the department head that the job was mine. Then he never returned my calls, so I marked his card. Next up was RCA which looked more promising and, sure enough, I got the job. I was interviewed by Shirley Stone, a Scottish lady who went under the rather grand title of Head of Public Affairs, but she and I got on well, and she seemed to think that employing me was a bit of coup, giving the impression I ought to be aiming higher after all my experience at Melody Maker and Pete Rudge’s Sir Productions in New York. She was probably right.

I got my hair cut, bought myself a smart leather jacket, with buttons and lapels, a check shirt and skinny tie and each morning walked up Goldhawk Road to the tube station on Shepherds Bush Green, then caught the Central Line to Tottenham Court Road. My office was on the third floor of the building and I shared it with another press officer called Richard Routledge who in the fullness of time would disgrace himself by shopping the drug habits of the cast from Fame to the tabloids. Shirley, who was a bit older than me, worked from a corner office and most evenings after the rest of the staff had gone home we’d all share a joint together.

Also on the third floor was the classical music department whose mother hen was Laurie McCaffrey, Irish and once a regular at Liverpool’s Cavern. Laurie went on to work for Brian Epstein and The Beatles as a switchboard girl and receptionist at NEMS Enterprises, but she was always strangely reluctant to talk about this period of her life. Across the lobby, beyond the elevator doors, was the marketing department, a row of small offices occupied by four different marketing managers, one of whom had decorated his room with innumerable pictures of David Bowie, together with Bowie gold albums and music paper ads for them.

New to the job, I thought it best not to mention that I knew David Bowie from my days on MM, had seen him perform many times and interviewed him at great length in 1976. But I didn’t want to blow my own trumpet.

With Elvis having died in 1977, Bowie became the jewel in RCA’s crown and I was to be his UK press officer, without doubt the most prestigious aspect of this new job of mine. He lived in New York at the time and seldom visited London but when he did the red carpet was rolled out for him by RCA’s two-man Artists Relations department, a fiefdom jealously guarded by a sharp operator called Tony McGrogan whose friendly assistant John used to be a policeman. Both seemed like loveable rogues to me, but they were good at their job and especially good at keeping David entertained.

Time was when the unholy trio of David, Lou Reed and Iggy Pop all recorded for RCA but by the time I arrived Lou and Iggy had jumped ship. David’s most recent album was the live LP Stage in 1978, and his next would be Lodger, the release of which, in May 1979, saw my first encounter with him while at RCA. This was preceded by a dramatic falling out between him and Lou Reed over dinner in the Chelsea Rendezvous, witnessed by Allan Jones from Melody Maker whose graphic description of the barney hit the front page of MM that week. I knew nothing about it until I read Allan’s account and felt somewhat chastened by the fact that David had got front page coverage without my having lifted a finger.

“No comment,” I said when asked about it by reporters from the daily press.

This happened the month before Lodger’s release, which was why David was in London, and though he declined to do any PR for the album he did attend a buffet luncheon in his honour in the boardroom alongside the A&R department on the top floor of RCA’s building. Arriving fashionably late he surveyed the room, recognised me and came over to chat. We talked about mutual friends on MM – Michael Watts and Roy Hollingworth – and while we did so the marketing manager whose room was festooned with Bowie memorabilia sidled up alongside us. David ignored him and continued to do so as our conversation ranged from what PR he might not do to the video he’d made for ‘Boys Keep Swinging’, in which he appears in drag. Eventually it fell to me to bring the marketing guy into the conversation.

“Er David, you know so-and-so from marketing of course?”

Anyone who ever had the pleasure of spending time in the company of David Bowie will confirm that, when he wanted to, he could be the most gracious and affable of men, disarmingly courteous and articulate. He turned his charming smile on this marketing bloke who was simultaneously delighted to meet his hero at last yet at the same time deeply embarrassed by having his lie – “We’re very close” – to me about his relationship with Bowie exposed like this.

I backed away but that guy never looked me in the eye again.