This is an extract from Pink Floyd: The Early Years by Miles, my predecessor as editor at Omnibus Press, published by us in 2006. An activist, author of countless books and writer for numerous musical and counter-culture publications from the mid-sixties onwards, Miles was instrumental in promoting the early Pink Floyd so was in an ideal position to write about the group’s fledgling period when Syd Barrett was regarded as their leading light.
This is Miles’ take on the group’s first US tour, which includes Syd’s confrontation with Pat Boone – now there's a nice pair if ever there was one! 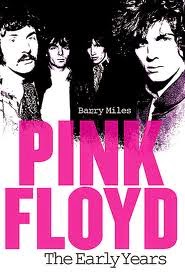 * This may have been the memorable occasion when an American record executive asked, ‘Which one’s Pink?’
* David Gilmour later commented that he “still can't believe that Syd would waste good Mandies”.
Posted by Chris Charlesworth