THE BEATLES DIARY – Introduction by Miles

My post earlier in the week about how I was pissed off by way in which The Beatles were dismissed in a history book by Simon Jenkins prompts me today to post the Introduction to the Omnibus Press book A Beatles Diary, by Barry Miles, in which he sets out their accomplishments with the eloquence of a writer who was there at the time, stressing their role as pioneers which, so many years later, is sometimes forgotten amidst the acclaim for their music.
Miles, of course, befriended the group and would go on to act as Paul’s official biographer in the book Many Years From Now. 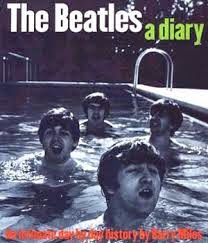 eToro is the #1 forex broker for beginning and professional traders.

After doing some research online, I've ordered my first e-cig kit on VaporFi.