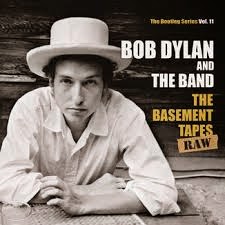 I had a Proustian moment yesterday afternoon as I was listening to my newly acquired Basement Tapes CDs and thumbing through the accompanying booklet. On page 15 there’s a reduced facsimile of the front page of Melody Maker, dated April 17, 1971, that carries the headline DYLAN IN NEW BOOTLEG WAR over a story about the famous Great White Wonder bootleg which, of course, included songs by Bob Dylan and The Band that had been recorded in their house at Woodstock in 1967. 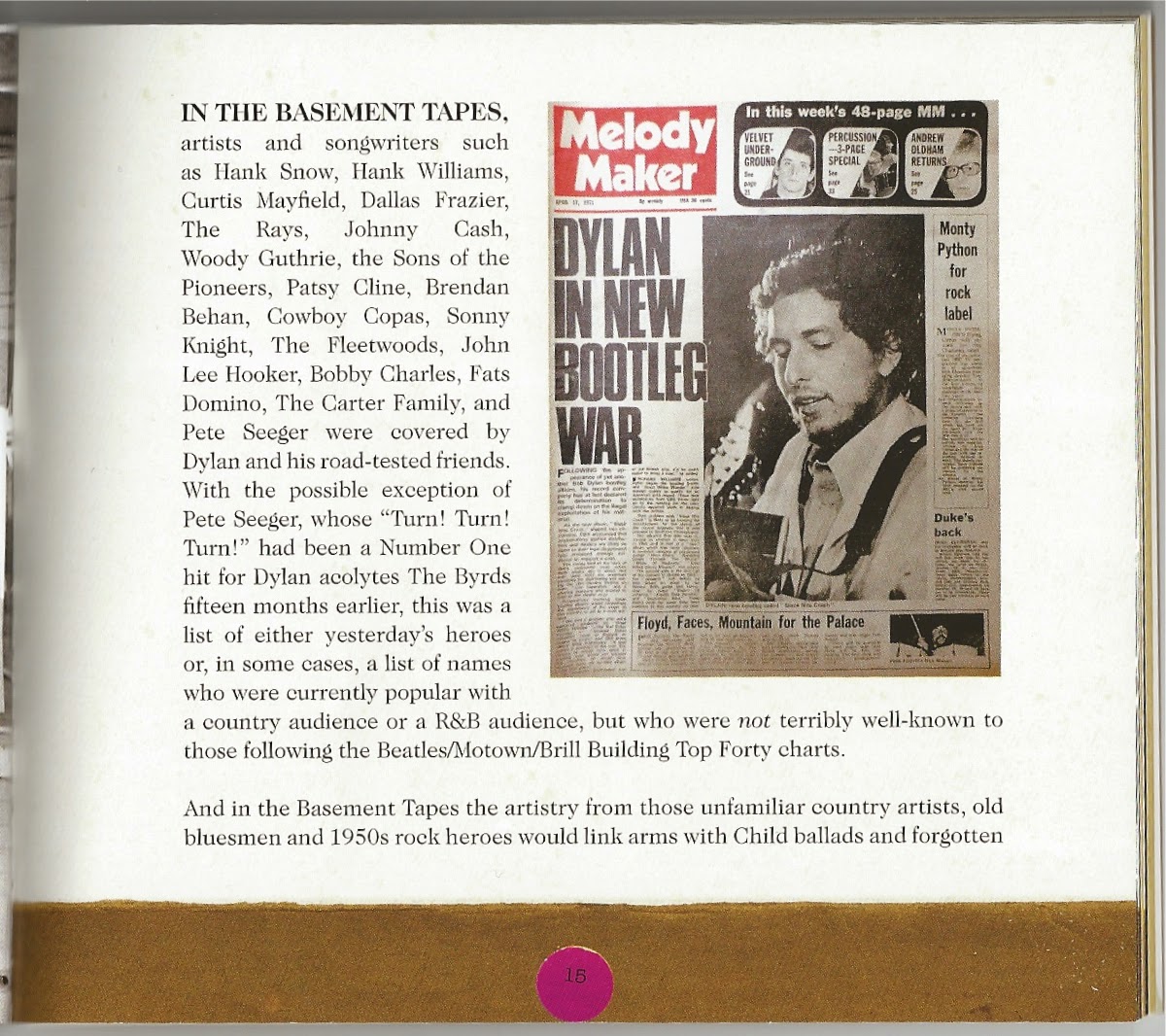 I remember that cover well but although I was the news editor on MM at the time and usually responsible for the front page lead I think it was Richard Williams who wrote the story. We all loved Dylan, of course, but Richard was spectacularly passionate about him and had even written a couple of lyrics on sheets of paper that were pinned to the office walls. As I wrote elsewhere on Just Backdated, I sat opposite a sign that read: ‘You don’t need a weatherman to know which way the wind blows’ and to my right were the words ‘Don’t follow leaders, watch the parking meters’. The bootleg that he was writing about was probably acquired from a record shop in Chancery Lane where all of us on MM bought our bootlegs. I used to look on bootlegs as fairly exotic in those days. Records on weird sounding labels sleeved in white covers that hadn’t been sanctioned by the artists and could be bought only at a few slightly dodgy shops had a certain cachet amongst rockaphiles like us, and I remember playing The Beatles Live At Shea Stadium at parties to impress my guests. ‘Here they are… The Beatles’ yelled an announcer before JPG&R were drowned out by screaming fans. ‘What the hell is this?’ everyone thought.
But back to Bob Dylan & The Band. Although there’s a six-CD version of the Basement Tapes available, I’m very pleased with my more modest two-CD set. Most of the music is lovely, if a bit raw, and in amongst it are some real gems, like a truly gorgeous version of ‘I Shall Be Released’, with the eternally soulful Richard Manuel taking the high parts in a duet with Dylan. For me, this song is worth the price of admission alone, but there are plenty of other highlights, including a fine up tempo version of Johnny Cash’s ‘Folsom Prison Blues’, ‘One Too Many Mornings’, another duet with Manuel, the mystic ‘I’m Not There’, ‘Nothing Was Delivered’, featuring Garth Hudson’s vocals, the gospel-like ‘Sign Of The Cross’ and two off-the-cuff cracks at ‘You Ain’t Going Nowhere’ in which Dylan seems to be making up the lyrics as he goes along.
Overall, the sound is warm and relaxed, and clearly unrehearsed with some songs stopping abruptly and others tapering off into nowhere. Dylan and his friends Robbie, Rick, Richard, Levon and Garth are comfortable with one another after the previous year’s grueling world tour, and now they’re having fun, reaching back to old songs they know and playing around with some of Bob’s most recent ones. The atmosphere is wonderful and makes up in spades for any technical shortcomings. Someone, probably Garth, blows a lusty if less than tuneful trombone on ‘Don’t Ya Tell Henry’ and you can hear his Hammond organ whistling along in the background here and there, a tiny trace of the wild mercury. There also a few prize examples of Dylan’s lyricism: ‘Take care of your memories, for you cannot relive them’ as profound as Bob ever gets and ‘Slap that drummer with a pie that smells’ as funny.
So what with that MM cover in the booklet as a bonus, The Basement Tapes Raw comes highly recommended from Just Backdated.