Here's the review of Quadrophenia from my Who Music Guide book. Again, my thanks to Ed Hanel for his contribution. 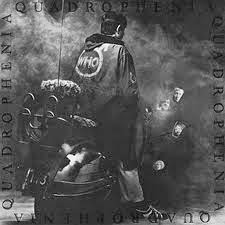 Greatest record ever made. It seems qunitessentially Who-like that the DVD/Blu-Ray of the 2012 Quad tour DOESN'T include Zak Starkey, who did such a great job (Scott Devours does good work, but Zak really gets Keith's rolling feel). It seems history is determined to avoid documenting his great contributions to the band (his sole performance on Endless Wire is, of course, in service of the worst song on the record). >sigh<