Here is the second half of the Joni Mitchell interview by Malka Marom from Both Sides Now: Conversations with Joni Mitchell, published by Omnibus Press last month. The photograph below was taken in Joni’s backyard in Saskatoon and shows teenage Joni with her friend Anne Bayin (then Anne Logie). The two girls swapped clothes before the shot was taken. “Joan was the most original person I knew,” says Bayin. (Photo courtesy Anne Bayin) 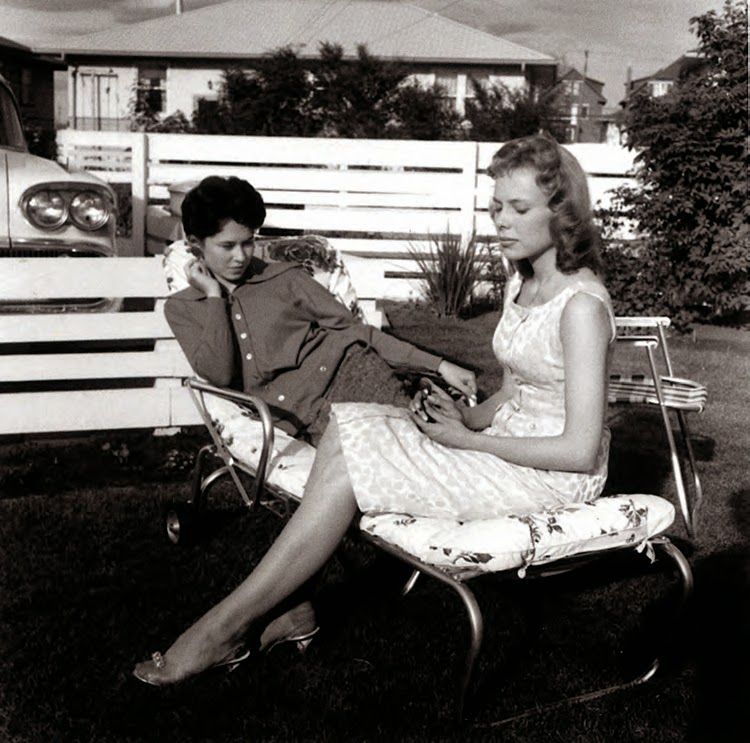 Thanks for the blog post buddy! Keep them coming...
wisdom tooth sw edmonton

This was an extremely wonderful post. Thanks for providing this info. NCR Ranger Coat

It was not first article by this author as I always found him as a talented author.
Miles Morales Jacket

Our the purpose is to share the reviews about the latest Jackets,Coats and Vests also shre the related Movies,Gaming, Casual,Faux Leather and Leather materials available Johnny Silverhand Jacket

It was not first article by this author as I always found him as a talented author. Usmle Step 3

Your site is good Actually, i have seen your post and That was very informative and very entertaining for me. Bane Coat

This is a great inspiring article.I am pretty much pleased with your good work.You put really very helpful information. Keep it up. Keep blogging. Looking to reading your next post. Brad Pitt Leather Jacket