Yesterday I had lunch with my friend Pete Rudge whom I’ve known for 45 years, ever since we first encountered one another backstage at a Who gig in 1970. He was their tour manager in those days but in truth he was doing pretty much everything a bona fide manager does, Kit Lambert and Chris Stamp having more or less abdicated their responsibilities for day-to-day administration of the group’s affairs.
Pete went to on become the tour manager for The Rolling Stones, then set up a business in New York and manage Lynyrd Skynyrd, and along the way I worked for him for a while. Then it all went pear-shaped after the LS plane crash, details of which can be found elsewhere in two consecutive postings on Just Backdated, the first linked below:  http://justbackdated.blogspot.co.uk/2014/01/lynyrd-skynyrd-1977-part-1_28.html
These days Pete manages Il Divo, amongst others, which explains why he was in London to meet with Pete Townshend to discuss marketing plans for the classical version of Quadrophenia that was released earlier this week. Clearly delighted to be working with Townshend again, Pete hasn’t changed much, still full of energy, full of great stories, an old school rock biz pro who’s seen pretty much everything in his time.
In July 1973, just before I took up my post as MM’s US editor, I interviewed Pete Rudge about what it was like to organise a Rolling Stones’ tour, a bit of a challenge in anyone’s book. Here’s the story I wrote, in two parts, today and tomorrow, and bear in mind that we were talking in 1973. 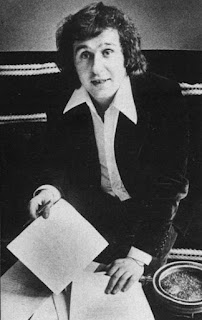 I've been wanting ask him if he kept any of his old Stones shirts for awhile, but he's not an easy fellow to reach....There's a great 2 part in depth interview with him here - https://vimeopro.com/user23430836/promoters-hall-of-fame-interviews

Get daily ideas and methods for making THOUSANDS OF DOLLARS per day FROM HOME for FREE.
CLICK HERE TO START NOW

There is SHOCKING news in the sports betting industry.

This motherfucker killed Lynyrd Skynyrd by putting them on a cheap, old ass airplane that he nor his flunky, Eckermann, would fly on. Piss off. He should never of won the "Peter Grant" award. He was no Peter Grant, who traveled with his band and looked after them.

His "flunky" Ron Eckerman did routinely fly on the doomed plane, and he was aboard when it crashed. Read his book!