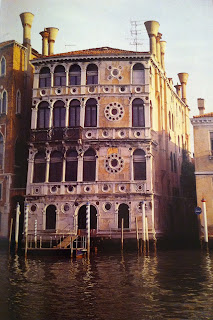 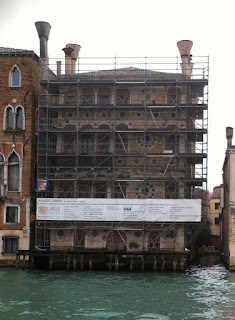 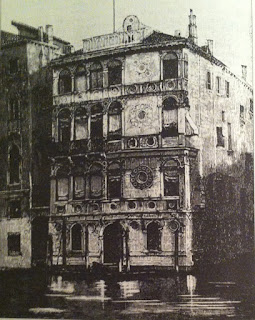 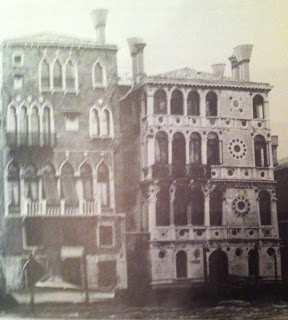 Between 1838 and 1842 Ca’ Dario was occupied by Rawdon Brown, a British student of Venetian history, and thereafter it has had several owners. At the end of the 19th Century the proprietor was the Countess de la Baume-Pluvinel, a French aristocrat and author, who undertook a good deal of restoration, including a new staircase, chimneys and replacing the marble on the front. In 1908, the impressionist Claude Monet was sufficiently impressed with its fancy façade to paint it from the other side of the Grand Canal. 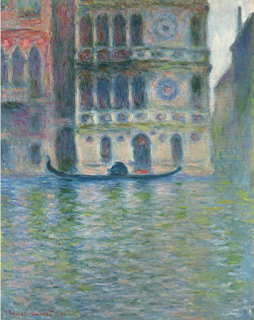 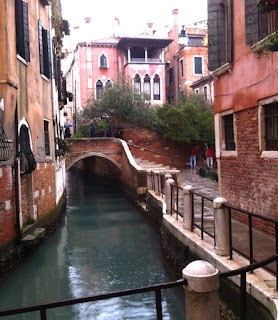 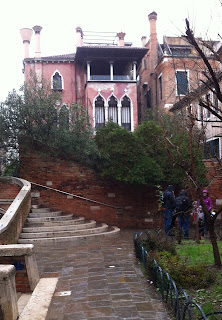 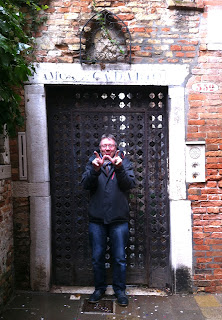 Just passed by it on water taxi yesterday (14 May) and it looked precisely the same with the scaffolding and the sign. Life is short but Italian scaffolding lasts forever.

Did you walk round the back?

Was just there a few weeks ago. Still scaffolding on the canal side. Went to the Guggenheim then walked around back and imagined the very same: Kit in a stupor, 'The Baron Lambert' returning to his palace... Took a bunch of pics. No lucky Who sign tho, (not sure I'd qualify for that one anyway ha ha), and no Tommy on the iPod alas. Nice touch!

It looked safe and sound on Monday even though there were high waters all week. The Guggenheim was really busy and I believe that the Pallazo may be an extension for the Guggenheim in the future. I cannot imagine any other use.

That's good to know, thanks. If it does become an extension of the Guggenheim I might visit Venice again, just to see the inside.