TONY BARROW - PR To The Beatles 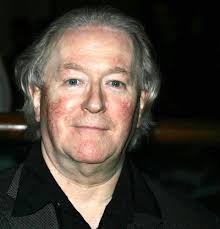 Rather late in the day I discovered this morning that Tony Barrow, one time Beatles Press Officer, died last weekend, aged 80. I knew Tony well during my Melody Maker years, though by this time he’d long since moved on from the Fab Four – a term he coined, incidentally – and was running Tony Barrow International (TBI), a PR firm housed in an office block in Hanover Square, just off Regent Street. Among his clients were The Kinks, Deep Purple, Cilla Black and, once he’d shaken off the other three, Paul McCartney, with and without Wings.

Born in Crosby, near Liverpool, Tony was part of the inner circle of Beatle advisors from the very beginning, along with Brian Epstein, George Martin and music publisher Dick James (and roadies Neil Aspinall & Mal Evans), though his position was eventually usurped by the more urbane and whimsical Derek Taylor whose lively imagination and droll humour was more likely to appeal to JPG&R when they ceased to be Fab.
Famously, Tony wrote the sleeve notes for the first three Beatles albums and various concurrent EPs and though his words seem a bit cheesy nowadays they nevertheless convey the breathless enthusiasm of the first flush of Beatlemania. A trained journalist, Tony reviewed records for the Liverpool Echo under the pseudonym Disker, and he also wrote sleeve notes for artists signed to Decca Records, for whom he helped arrange The Beatles’ ill-fated audition on New Year’s Day, 1962.
Mark Lewisohn’s outstanding Beatles biography Tune In contains a lovely fly-on-the-wall account of Barrow’s first meeting with The Beatles in November 1962 in a pub near EMI’s London HQ at Manchester Square. First Paul comes to socialise, taking drinks orders but paying with Epstein’s money, then George takes a keen interest in what Barrow might do for the group and finally John remarks: “If you’re not queer and you’re not Jewish, why are you coming to work for Nems?” Ringo appeared too withdrawn to join in the conversation. “All the traits that came out at that initial meeting were consistent with what followed,” observes Tony.
By the time I got to know Tony Barrow he was an established, slightly old school PR, a bit of a veteran on the pop scene, the publicist for various US musicians when they toured the UK and few odd bods like Victor Borge, the Danish comedian and pianist, and Tom Paxton, the American folk singer. He seemed to have a foot in two camps, the traditional showbiz end of the market, acts like Cilla Black, and the rock world, exemplified by Deep Purple and The Kinks, though they were both handled by his assistant Marion Rainford who fixed up the first interviews I did with both these bands. Tony himself handled McCartney/Wings until Paul switched his business to Tony Brainsby who was a bit flashier. Also, TBI was superbly efficient and each Monday morning, news day on MM when I was the paper’s News Editor, I would receive in the mail a typed report on grey headed paper of all the activities that TBI’s acts were undertaking.
This job brought me into contact with all the rock and pop PRs operating in London in the early seventies, some of whom were younger and trendier but rarely as business-like or reliable. Tony’s only rival in this strata of the industry was Les Perrin, who’d snatched up John, George & Ringo and who also handled the Stones. Like Les Perrin Associates, TBI was an incredibly professional, well run set-up and even though the boss was occasionally prone to a drop more of the hard stuff than was good for him – a trait he shared with many in the PR trade – I liked him a lot.
For years and years I received a Christmas card from Tony, long after I’d left MM. He retired to Morecambe where he lived until his death last Saturday. RIP old mate.
Posted by Chris Charlesworth