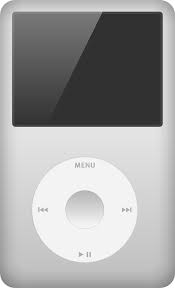 Regular visitors to Just Backdated will have noticed that I no longer write iPod ‘Shuffle’ posts. This is because I no longer commute regularly and don’t really shuffle the songs on my iPod any more, just select what I want to hear instead. But the fragility of digitalised modern music was brought home to me about four weeks ago when, against my better judgement, I downloaded a new version of iTunes on to my laptop, in the process straining the relationship between the iPod and the laptop which necessitated a visit to the nearest Apple store to sort out. In the end it was but not before the iPod was reformatted to become compatible with the new version of iTunes, a process that for one heart-stopping moment caused me to imagine that all my music might have disappeared. It hadn’t – but I did have to synchronise the iPod again. To download all the music again, of course, would have taken months.
The upshot of this rather stressful episode was that for reasons I can’t understand some music has disappeared. On the last iPodding post here, on December 21 last, I refer to 16,635 songs but my iPod now tells me it contains 16,210, so 445 songs have somehow gone astray. Also, the figure of 16,635 ought now to be higher to take into account new songs (and there’s probably over 300) acquired this year. I have no real idea what the 445 missing songs are, and I suspect more have disappeared because the recent stuff (which I can remember) seems to be all present and correct.
One track whose absence I did notice – because I’d played it a lot around the time of his death – was the David Bowie Soulwax mash up, lasting slightly over an hour. I didn’t notice it had gone missing until I tried to play it on my iPod shortly after downloading the new format, and when I discovered it wasn’t there I checked on the laptop and it wasn’t there either. Fortunately I’d saved it elsewhere, a reflection on how much I love this homage to the great man, so I was able to reinstate it easily. As for the rest, I’ll only find out what they are if I happen to look for something and can’t find it.
There were two further side-effects to this: all the playlists I had compiled were deleted, which is easily remedied by making new ones, and the number of plays each of the 16,000+ songs had received was also lost. This meant I was no longer able to compile a list of my most played songs, as I did here on 26 June, 2014, when ‘Orphan Girl’ by Gillian Welch topped the list with 130 plays, followed by The Beatles’ ‘Don’t Let Me Down’ (126) and Welch again with ‘Make Me Down A Pallet On Your Floor’ (124).
Although the list of plays on the iPod had disappeared into the ether, there was a list of most played on the laptop, however, but it was wildly different from its predecessor in that it consisted entirely of songs I’d bought from iTunes as opposed to CDs, and also bought fairly recently.  The reason for this is that I had synchronised my iPhone with the laptop so as to be able to transfer this music to the iPod and the number of recent plays on the phone had been registered in the iTunes folder. Why older plays on the iPhone hadn’t registered is a another mystery, a case in point being the Under The Covers albums by Matthew Sweet and Susannah Hoffs, which I’ve listened to a lot.
Since phone calls interrupt music and won’t therefore be missed, I often listen to music on the phone and not the iPod when on a train or strolling around a supermarket. It is these plays, concentrated over a limited number of albums, that have registered highly while iPod plays, which cover 100s of albums and, in any case, will only have registered during the past four weeks, are minuscule.
But just for the hell of it, here’s how the ‘most played’ list looks today. The top six are all tracks from The War On Drugs’ album Lost In A Dream, number one ‘Under The Pressure’ with 69 plays. Ennio Morricone sneaks in at number seven with ‘Ecstasy Of Gold’, then Robert Plant with ‘Little Maggie’, then more War On Drugs and then Ravi Shankar since I find sitar music is a pleasing soundtrack to supermarket shopping. In fact, the entire top 50 consists of War On Drugs, songs from Plant’s Lullaby And.. The Ceaseless Roar album, sitar music by Shankar and Nikhil Banerjee, Morricone film music, John Fahey (I bought a Guitar Masters collection of his on line) and a girl trio called Applewood Road, which, like the Under The Covers albums, was recommended to me by old friend Richard Williams.
The 26 June, 2014, list of most played songs took several years to compile insofar as it represented the length of time I’d owned my iPod ‘Classic’ (which, regrettably, Apple discontinued in September 2014). It will therefore take several more years to compile another representative one, by which time I might have traced the missing music or – more likely – this trusty iPod will have given up the ghost and – technology being what it is – all my music will have been transferred into an appliance the size of a pin head that has been implanted into my brain from which I can select or shuffle merely by thinking about it.
Posted by Chris Charlesworth

Hi Chris
I've been there a dozen times or more! I love my ipod, but loathe itunes! I downloaded a trial version of Media Monkey and found it very user friendly so I bought the lifetime licence! MM allowed me to used either my HDD or my ipod to transfer my library (and playlists) so if one was corrupted all was not lost!

Itunes is undoubtedly the most horrendous bit of kit ive ever had to suffer.its screwed up my music so !any times.i now use Copy Trans Control only

Itunes is undoubtedly the most horrendous bit of kit ive ever had to suffer.its screwed up my music so !any times.i now use Copy Trans Control only

There's a chance you are qualified to receive a Apple iPhone 7.

I always refuse the frequently offered updates to iTunes on my desktop but it slipped in a few weeks ago when l left the machine running unattended for a few hours. My music/video library has disappeared. A quick online search revealed that my first thought of restocking it from my ipod would simply result in an empty ipod too, except for music bought from the Apple shop. Since there is no such purchase in the collection l daren't plug the player into the computer anymore but have seen that there are programmes through which a restock can be carried out.

ITunes is indeed a 'horrendous bit of kit' & I might just get another player when l replace my steam-powered computer.