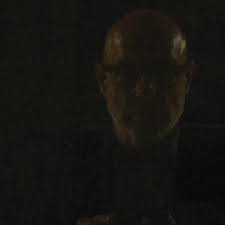 Alerted by a positive review in last Sunday’s Observer and undeterred by a mediocre one in today’s Guardian, I have been soothing my troubled psyche this week by listening to this latest chapter in Eno’s ambient tales. A 54-minute continuous meditation of unhurried music that sounds suitable for the soundtrack of a movie exploring the wreck of the Titanic, it a fine antidote to the overdose of ‘Frosty The Snowman’ and ‘Here Comes Santa Claus’ from which I was suffering until we took down our tree last night.
This is not my first encounter with Eno’s ambient work. Back in the early eighties, freelancing after an early release from the rigours of RCA’s press office, I was contacted by Eno’s record label who commissioned me to write descriptions of about a dozen avant-garde albums and biographies of those who had recorded them, not all by Roxy Music’s original non-musician. Among them, however, were Eno’s Discreet Music, Music For Films and Music For Airports, all in the ambient style and all quite new to me at the time. I warmed to them, just as I had warmed to Eno when he, I and two others had dinner together many years ago in a restaurant in New York’s Chinatown. He won’t remember that night but I do, as he’s not the kind of guy you forget in a hurry.
Reflection is playing as I type. It consists of sustained chimes across a fairly narrow band of notes, with a deep foundation making its presence felt and a very occasional unexpected trill, bleep or ping. Placid doesn’t do it justice. Quite simply, it is the slowest music I have ever heard, yet at the same time I wouldn’t describe it as lethargic, as in encouraging laziness. Something is happening amidst the languor, and its contemplative potential is quite profound. I suspect that if I was to indulge in that old habit of mine that involved crumbling dark matter into a roll-up cigarette I would enjoy it more, but I can enjoy it straight all the same. For a few seconds at the beginning I was reminded of the opening bars of Pink Floyd’s ‘Echoes’ or even Led Zeppelin’s ‘No Quarter’ but those thoughts soon ebbed away as I became absorbed in the mysterious depths of Eno’s synthesiser.
I believe that those with the correct equipment can download a version that is endless and which can be manipulated by the listener to create their own personal variations, but that’s far too far out for me. I’m content with the basic model, an acquired taste maybe but unlike some I find that the older I get the more I explore.
I should add that the packaging is as beautifully minimal as the music. The cover of the CD’s eight-page black sleeve is bible black but for a shot of the master’s face that is only just discernable; no text inside, a minimum of credits and a wonderfully tasteful design throughout.
Were I in a position to do so I would advise the President Elect of the United States to give this recording a listen immediately before his next imprudent tweet. A pause for reflection might do him and the rest of us of some good.
Posted by Chris Charlesworth

BlueHost is ultimately the best web-hosting provider with plans for any hosting needs.