“Ed Sheeran,” screams the cover of this months GQ magazine. “How he became the biggest pop star on the planet.” Not while Paul McCartney walks this earth, I thought to myself as I looked into the face of the red-headed troubadour in the newsagents. In Japan in 1966 the authorities were so concerned about Paul’s safety that 35,000 policeman were assigned to protect him and his fellow Beatles. How many would be assigned to protect Sheeran, I wondered as I watched him on last week’s insipid Brit Awards, a show that supposedly featured the cream of British pop but on which pretty much everyone (barring the band 1975) appeared to have been manufactured by committee. Three or four cops at the outside, maybe less.

The number of policemen required to protect a celebrity seems to me to be as good a way as any of estimating how ‘big’ they are, and I would hazard a guess that no pop stars ever have required anywhere near as many as The Beatles between 1964 and 1966. Worldwide the figure might well be double what those cautious Japanese thought necessary; just a shame one wasn’t in the vicinity of New York’s Dakota Building on December 8, 1980.
All of which brings me to Beatles ’66: The Revolutionary Year, a book by Steve Turner that was published last November and landed on my doormat about a week ago. I’d completely forgotten that I’d helped Steve contact Alan Aldridge, the illustrator commissioned by The Beatles to produce artwork for their songs and one of the book's many interviewees, and Steve had sent me a copy as a thank-you. This is how I know that 35,000 Japanese cops were on standby when The Beatles played Tokyo’s Budokan on June 30 that year. His book is full of interesting little facts like this.
It’s not difficult these days to find out what The Beatles were doing on any particular day between 1962 and 1970. Diary-style books that offer accurate day-to-day coverage have been available for some time, but the difference between these and Turner’s book is the background he provides to their activities, the fine details, some trivial but always interesting, and explanations not just of how whatever they did furthered their career but how it furthered the progress of pop and rock in general. The year 1966 saw huge advances in the field, a time when the competition had never been stronger and the seeded runners – Beatles, Stones, Dylan and Beach Boys, now joined by The Kinks, Who and Byrds – were upping the ante every month or so. 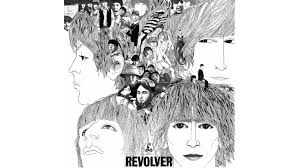 Turner homes in on 1966 because he believes it was the key year for The Beatles, and he’s probably right, artistically anyway. It was the year they recorded and released Revolver, now widely regarded as their greatest LP, and when they chose to abandon live work in favour of the studio, an unprecedented decision for pop performers at the time. Perhaps even more importantly, it was the year in which they finally had time to sit back and take stock, to readjust their focus and seek inspiration from outside the cauldron in which they had been stewing since early 1963. Also, in alighting from the roller-coaster of Beatlemania, they would pioneer a different career path for musicians of their ilk, initially a bit of a bumpy ride to be sure but, as Turner points out, one that every single group or solo performer of merit and integrity has trodden ever since.
From January to December Turner shadows The Beatles very closely, in the studio, on tour (his coverage of the ugly Manilla episode is excellent), in the increasingly thoughtful interviews they gave and on their travels, both individually and collectively. He introduces us to the friends they made and explains how this increasingly wide circle of influential people helped them find their way into London’s alternative culture and what this brought to their music. It was the year that Paul discovered modern art (he bought two Magrittes, the canny sod), underground books and music beyond rock and pop, and that George discovered India, its religions and the sitar of Ravi Shankar. Ringo, grounded, was as cheerful as ever but a bit lost and so, in markedly different ways, was John, whose leadership of the group was dissolving amidst his humungous LSD intake and who more than even George was seeking some form of enlightenment beyond the emptiness of fame and what he came to see as the dreary routine of being a Beatle. He would eventually find it in Yoko, whom he encountered for the first time in 1966, but not before the nightmare of having to atone in America for his ‘Jesus’ remark, an episode with repercussions that resonate down the years whenever the words of rock stars are taken out of context by irresponsible newspaper editors. Complex, contrary and prone to laziness, John was reluctantly resigned to accept the responsibility that the Beatles’ fame had thrust upon him but, like the pot of gold at the end of the multi-coloured rainbow he and his three pals had painted in the sky, he soon realised that life at the toppermost of the poppermost wasn’t all it was cracked up to be.
Turner discusses all of this in an even-handed manner, restraining himself perhaps from suggesting it was all so much better then. Realising that much of his readership is probably too young to have been around at the time, he is at pains to set down the details without appearing condescending, yet for all this the book probably does read like fiction for anyone whose exposure to the history of rock and pop begins and ends with Brits shows like the one last week. Yes, it really was like this in 1966. The Beatles really did need 35,000 cops to protect them. That’s why books like this are written (and need to be written) to sit alongside the other 500 books or more that the adventures of John, Paul, George and Ringo have inspired. We need reminding that Ed Sheeran – the ‘biggest pop star on the planet’, let us not forget – has a very long way to go.
Posted by Chris Charlesworth

» year all things were possible »»

I thought Ed Sheeran used to be the Labour leader?

With Car Rental 8 you can discover the cheapest rental cars from over 50,000 locations across the globe.