In the third week of December, 1972, I visited John at his semi-detached house in Ealing to do an interview for MM. By this time I knew him reasonably well and had met his wife Alison a few times too. Aside from the fact that the house was packed with curios, it was the kind of home you might expect a moderately successful businessman to live in with his family, comfortable but not ostentatious, perfect for the character in The Kinks’ song ‘Well Respected Man’.
I remember two things in particular from the visit. John had just bought a table lamp with those swishy frond-like tentacles that lit up at the ends and I’d never seen one before. Nowadays they’re very kitsch but I was fascinated by it. Even more impressive was the first video machine I’d ever seen, a massive grey box with lots of knobs and cassettes the size of cigar boxes. John demonstrated it for me, and then took me upstairs to admire his guitar collection. Outside of a music shop, I’d never seen so many guitars in one place.
Here’s what I wrote for MM: 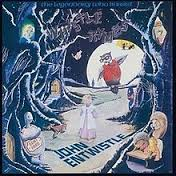 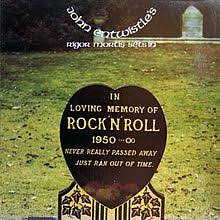 Conversation turned to the orchestral Tommy show, and John admitted to being petrified when making his contribution to it. “It was alright for Roger. He’s used to standing there with just a mike. I’d have been OK with a bank of speakers set up behind me but I was petrified at the thought of it. I didn’t think I’d be able to hit the right notes in ‘Cousin Kevin’ because I’d written the song very high deliberately. I didn’t want Roger singing it on the original record so I pitched it up for myself and was cursing because of it. When the Who did Tommy we never used to play ‘Cousin Kevin’ because it was so high. The worst thing was finding something to do with my hands.”
The Who’s activities during 1972 have been kept to a minimum and John admits that the group have gone slightly stale as a result. Their only tour was a trip around Europe and it took a few gigs before the group came back into form.
“American tours always help the band because they’re such hard work. On the European tour I had forgotten how to control the volume on my bass because I was so used to playing in a studio, and on the first night Pete did his knees in because he’d forgotten to put on shin pads for his jumping act.
“We all miss not working, and in a way this year has been a drag. It’s nice to be at home and be able to go off on holidays but when you don’t work on stage you lose your identity. I went off on holiday for three weeks in the States just because I like it out there.”
Posted by Chris Charlesworth

Email ThisBlogThis!Share to TwitterShare to FacebookShare to Pinterest
Labels: Interviews, The Who (John)

Seeking to join new affiliate networks?
Visit this affiliate directory to take a look at the ultimate list of affiliate programs.