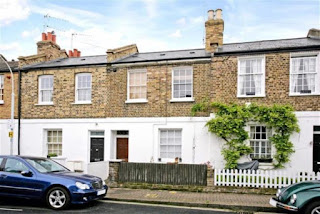 Nasmyth Street in Hammersmith, where I lived in the eighties, runs parallel to Cardross Street, a lovely little narrow backstreet with two-up-two-down terraced cottages that once housed working families. It is in the heart of what estate agents now call Brackenbury Village and these tiny houses, probably bought for less than £2,000 in the 1950s, now sell for a million, give or take a hundred grand either way depending on their condition. I used to walk down Cardross Street fairly regularly in those days on my way to the Andover Arms and I took note of their condition: invariably the ones that looked a bit shabby were those occupied by elderly people and sooner or later they’d come up for sale; the hearse followed by a skip and scaffolding. In rock’n’roll terms ‘the hearse followed by the skip’ can sometimes, regrettably, be translated as ‘the obit followed by the sale’.
This week I received from Sothebys the catalogue for a Rock & Pop sale to be held on September 29, and pride of place is given to the Jack Bruce Collection, so less than a year after Jack passed away (on October 25, 2014) his heirs have been obliged to unburden themselves of his gear, which isn’t surprising as Jack always struck me as being the kind of bloke who was more interested in making music than making money.
Pride of place in a large collection of guitars, basses, keyboards, handwritten lyrics, clothes and jewellery is given to his favourite bass guitar, a 1993 fretless Warwick that was made especially for him, a bespoke one-off that he played at the Cream reunion shows in 1995 and when he was on tour with Ringo Starr’s All-Starr Band. In the catalogue Jack is quoted as saying: “If anything ever happened to my old Warwick Fretless Thumb Bass, then I might as well hang it up [playing bass] entirely, because it is irreplaceable. I love it above all else.”

The estimate for the instrument is £80-100,000.
I sympathise with families of rock icons who are obliged to sell their loved ones’ most prized possessions. It happened with another great bass player, John Entwistle – a big sale that I attended – and possessions belonging to his colleague Keith Moon have also been sold. But it didn’t happen with the two Beatles who are no longer with us and it didn’t happen with Led Zeppelin’s John Bonham or Queen’s Freddie Mercury either. The reason, of course, is that unlike John and Keith these much-missed musicians had sufficient cash in the bank to preclude the need for their heirs to dispose of valuable instruments and the like.
In the words of the great Hunter S. Thompson: “The music business is a cruel and shallow money trench, a long plastic hallway where thieves and pimps run free and good men die like dogs. There's also a negative side.”

There are some other interesting items in this catalogue that I will post about later.

Come and see how THOUSAND of people like YOU are making a LIVING online and are living their wildest dreams right NOW.
GET FREE ACCESS INSTANLY

Follow our signals today and gain up to 270% per day.