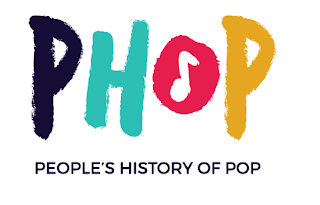 I think it’s safe to say that absolutely everyone in the music business, from the megastars and their managers to the roadies who carry their amps on stage, from the CEOs of record companies to messenger boys delivering promo CDs, from DJs and the editors of music mags down to humble bloggers like me, were fans first and music biz professionals second – at least they were when I was in the thick of it. Nevertheless, if it wasn’t for the genuine fans, the ones who didn’t find their way into the business, there wouldn’t have been a music business in the first place – no one would have gone to the Cavern to see The Beatles or the Goldhawk to see The Who and no one would have cheered Florence and the Machine at this year’s Glastonbury or bought whichever album tops the charts right now.
I was therefore pleased to be asked this week to become involved with a BBC series called The People’s History of Pop which is due to air in 2016, and hopes to tell the story of British popular music from the point of view of the fans – as opposed to talking heads like the stars themselves, DJs and music writers.
“We’re really keen to get memories of real music fans,” wrote Rebecca Stewart from the team producing the series. “This is a chance to tell the story of British music from the real fans’ point of view.”
Leaving aside for a moment the contradiction that I’ve been a professional music writer now since 1968 and dabbled in the business in all sorts of ways, I was happy to agree and promptly sent them a scan of my postcard from John Lennon, together with a note explaining how I came to receive it.
Of course the real reason why Rebecca e-mailed me was to get me to use my FB page and Just Backdated blog to encourage others to send in their memories and memorabilia so that it might be used on the programme and, again, I’m happy to do so. This looks like a promising project and the link below tells you all about it, while the second link leads to material that has already been sent in – loads of it from fans.

I still am a fan, of course, and always will be, otherwise I wouldn’t have so many songs on my iPod that I listen to all the time and occasionally write about. Some of the happiest, most heart-warming moments of my life have been when I’ve been surrounded by genuine fans of rock musicians, most especially The Who, all of them wanting me to share my close-encounter experiences which I am always happy to do. Also, 30-odd years at Omnibus Press has taught me that fans – the really dedicated ones that is – almost always know more about an act than the act itself, let one those that toil on their behalf.
Both the links above explain how to get involved.
Posted by Chris Charlesworth

They contacted me as well. I don't know how much room they'll have for The Who in just 4 episodes to cover the gigantic world of British pop music. I think what might be a better idea is a television series set in London. Think of it: The Crays, Mary Quant, the Liverpool invasion, Beatlemania, Mods vs. Rockers, shady managers hanging people out windows, etc. It would be one incredible show.