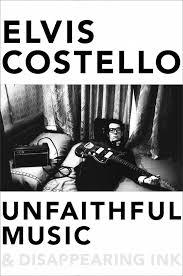 * Incorrectly identified in the book as Cherry.
Posted by Chris Charlesworth

Hi CC,
Fantastic words- I'm looking forward to read DM's too...if anyone wants that Roy O. tribute show is still available on both CD & DVD. Well worth it, some flawless playing!
Hope to say hello in Manch in a fortnight...cheers!

Great stuff. I had lunch with Bruce Thomas recently and he expressed an interest in how he would be portrayed in Elvis's book. His own recent memoir is pretty good too.

Bruce isn't in it anywhere near as much as Steve Naive or his namesake Pete, just a few mentions in a matter of fact way.

Loved his performance of "Alison" on Jonathan Ross recently, using Presley's guitar with Priscilla sat beside him.

Yes, and the perfect Suspicious Minds quote as a coda.