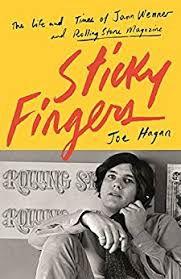 The image of the brooding, avaricious, power-hungry newspaper proprietor was set in stone by Orson Welles in the film Citizen Kane and through the ages many in this line of work have conformed to the stereotype. Jann Wenner, a fan of Kane, is no exception. Joe Hagan’s biography, Sticky Fingers: The Life & Times of Jann Wenner and Rolling Stone, paints a portrait of the man behind RS as obsessive, unscrupulous and unlikeable, a man forever on the make who for all his money and success seems strangely unfulfilled.