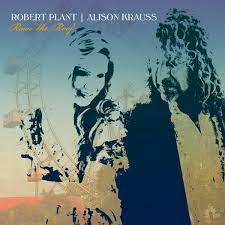 On their long-awaited new album Raise The Roof, Robert Plant and Alison Krauss cover ‘Go Your Way’, written by Anne Briggs around 1962. In the unlikely event that Briggs, the mythical goddess of British folk music now residing on a remote Scottish island, gets to hear it I hope she’s delighted with the reverence that Plant, who takes the lead and is joined by Krauss only on the chorus, brings to her lovely song.

Its presence on the new record serves to underline the sincerity of reformed scallywag Plant’s ongoing research into roots music, but this is not the first time that the paths of Briggs and Led Zeppelin have crossed. On the group’s first album the track ‘Black Mountain Side’, credited to Jimmy Page, is in reality a variation on ‘Blackwater Side’, a traditional song much loved by Bert Jansch that Briggs performed in folk clubs where Page evidently heard it for the first time.

Anne Briggs is one of those rather mysterious musicians from an earlier age whose influence casts a long shadow. She was idolised by Sandy Denny and Richard Thompson wrote ‘Beeswing’ about her. I own just one Briggs CD, a compilation simply called A Collection, which includes both ‘Go Your Way’ and ‘Black Waterside’, with excellent sleeve notes by Colin Harper, to the best of my knowledge the only music writer to have tracked down Briggs to her Scottish lair and written extensively about her.

Many of the 22 songs on this CD are sung unaccompanied, which is how Briggs preferred, though before she turned her back on a modern world she didn’t much like she was persuaded, perhaps against her instincts, to record with accompaniment, doubtless encouraged by those who might benefit from an upturn in her lowly commercial standing. Both ‘Go Your Way’ and ‘Black Waterside’ on my CD are accompanied by a finger-picked guitar, and on YouTube there’s a clip of her and Jansch performing ‘Go Your Way’ that was filmed for a TV show called Acoustic Roots, with both picking acoustic guitars while Briggs sings. Endearingly, she messes up her guitar part towards the conclusion of the first take. “Bollocks,” she says, grinning. “I lost it at the end. What happened?” And then they begin again. I like to think that, like me, Plant and Krauss have watched this clip a few times. In fact, the duo raided Jansch’s songbook for a second track on their new album, ‘It Don’t Bother Me’, Krauss leading a more rhythmic treatment than Jansch’s characteristic traditional reading, their arrangement gaining in intensity as it proceeds, its extended coda a delight.

The edition of Raise The Roof that I bought from the iTunes store last week has a generous 14 tracks, mostly intriguing, carefully chosen covers given a soft, sultry, bewitching energy, not all that removed in style from the music on Raising Sand, their 2007 Grammy winner. Plant’s voice had grown huskier over the years, his strident shriek of yore replaced by something far more mature and thoughtful. Krauss sings like an angel, of course. All of which seems to make the new record even more enjoyable than its predecessor, more soulful, more satisfying.

A better-known cover than ‘Go Your Way’ is ‘The Price Of Love’, written and recorded by Don and Phil Everly, their last big hit in 1965, also recorded by Bryan Ferry and, rather more boisterously, by Status Quo. Krauss takes the lead here, singing softly over a slightly eerie backdrop, a resonant electric guitar chord ringing in the distance, a deep bass drum holding down the slow tempo, with Plant echoing her vocals on the choruses, and in many ways this exemplifies the muted tone of the record as a whole. The first track ‘Quattro (World Steps In)’ opens with an insistently strummed mandolin, not unlike the kind of accompaniment that John Paul Jones provided for Zep when he put down his bass. They sing together on this song instead of alternating vocal chores, the exception rather than the rule.

There’s the now almost obligatory discordant sound of the desert in ‘You Led Me To The Wrong’, with a wailing violin adding a dollop of angst to a tale of sorrow, a song that Plant sings alone. It is followed by the bluesy ‘Last Kind Words Blues’, a deft bit of sequencing, which reminded me of something John Fahey might have resurrected. The production throughout is crisp and clear, the mood dark, the spectre of world music hanging over every track. ‘Searching For My Love’ is warm but broody, ‘High And Lonesome’ a touch western in the High Noon sense of cowboys galloping across the plains, and ‘Going Where The Lonely Go’ a truly delightful showcase for Krauss, melody and emotion in perfect sync.

There are two bonus tracks on the edition of the CD I bought, the first a lilting cover of Hank Williams’ ‘My Heart Would Know’, with steel guitar straight out of Nashville via Hawaii, and the second, Lucinda Williams’ ‘You Can’t Rule Me’, features a guitar part not unlike the instrumental ‘Moby Dick’, John Bonham’s drum showcase on Led Zeppelin II. Its octave leap always reminded of Bobby Parker’s ‘Watch Your Step’, first pilfered by John Lennon for ‘I Feel Fine’.

For all their swagger there was always a great deal more depth to Led Zeppelin than most of those who followed in their turbocharged wake and Plant’s varied solo career serves to emphasise this with every new record he puts out, whether on his own or with others. It even seems to me that, like Gram Parsons, about whom I wrote last week, with Alison Krauss Robert Plant has finally found his Emmylou.

Thanks for the mention, Chris! My brother is a regular reader of your blog (as I will be - previously unaware) and mentioned it. It's only fair to say that Ken Hunt interviewed Anne extensively circa 1989/1990 for his magazine 'Swing 51' and I understand Ken featured a new interview in the notes to a recent vinyl reissue of her 1971 Topic album. I know a documentary maker who met her a year or two back but her response was not exactly positive. Another pal - who currently communicates with Anne about chilli growing matters - mentioned in passing that she's aware of the Plant & Krauss cover. I didn't enquire about an opinion - best not to, I thought - and of course it's none of my business. Personally, I like it - and Alison's vocal on the Bert Jansch song 'It Don't Bother Me' on 'Raise the Roof' is fabulous. I thought 'Raising Sand' was the best thing Robert had done, when it came out X years ago. I'm sure I'll acquire 'Raise the Roof' in due course. Keep on rocking (and writing)!

Thanks Colin, nice to hear from you. All the best, Chris C.

Not really, no - but thanks for asking. They sort of passed me by.