Uber-Beatles insider Neil Aspinall died in 2008, prompting me to write the piece below for Rock’s Back Pages. 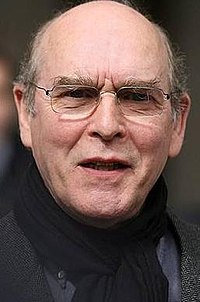 My second encounter with Neil Aspinall took place about a year after the first, at a time when Mary McCartney, Paul’s eldest daughter, was working for me as a photo researcher, not that this in any way influenced Neil’s attitude towards me or Omnibus.
I had received a letter from Apple’s lawyers alleging that we had breached their copyright by publishing a Beatles book that, again, contained photographs by Dezo Hoffman. This particular book originated in and I had bought rights, having previously had an assurance from the publishers that they had cleared world rights on all the pictures. Evidently they were telling porkies and I was the victim.
So I called Derek and requested another meeting to resolve the issue, and again I was summoned to meet Neil. Again, Derek was present but this time Neil was on firmer ground and was quick to score points. He had a copy of the offending book on his desk. It probably didn’t help that on the front cover The Beatles typeface had the dropped ‘T’.
After a bit of small talk about Mary he came straight to the point. “This book is full of pictures that we own and I want you to take it off the market immediately,” he said. He opened the book. “These are pictures by Dezo Hoffman as I’m sure you know since they’re in the other book.”
“I know and I’m sorry,” I said. “We bought the rights to this book from a publisher in and they told me they’d cleared the rights.”
“Well they hadn’t.”
The book in question was entitled The Beatles Compleat and consisted of the editorial matter from a previously published, cased, two-volume songbook. It was a large format book, a sort of compendium containing chapters on many aspects of The Beatles, most of them written by eminent music writers including Dave Marsh, Lester Bangs and Lenny Kaye. There were interviews with John, Paul, George Martin and Mersey Beat publisher Bill Harry, and also various lists, including one huge one of cover versions of Beatles songs. All in all it was a celebration of The Beatles, a flattering book about how terrific they were. It was all about their music, with absolutely nothing at all that might be construed as controversial or negative - no drugs, no sex, no money, no fallings out, no personal stuff at all.
I decided that if I couldn’t defend the use of Dezo’s pictures I would defend the book.
“Neil,” I said, rapidly assembling my argument, “This is a lovely book for fans. There’s nothing in it that anyone would object to.”
“That doesn’t matter. We own those pictures.”
“Derek,” I said, turning to the Beatles’ former PR who was sat alongside me, “surely you can see my point here. Last year Albert Goldman’s dreadful book on John suggested he might have been a murderer and that he was a junkie and a bad father to Julian and Sean. There was a book by Chet Flippo on Paul that seemed to imply he was the meanest man alive and had no real friends. Magazines report that Ringo is a drunk who beats up his wife, and most people think George is bonkers, that he talks to trees and believes in levitation. You can’t do anything about these negative books and stuff and they’re out there on the shelves of bookshops and newsagents yet here you are trying to stop my positive book which might redress the balance a bit. Surely this is an own goal.”
There was a moment’s silence before Derek spoke. “Chris has got a point Neil,” he said. “He’s on our side really. He’s one of the good guys.”
“Absolutely,” I said. “I love The Beatles. And this is a lovely Beatles book. We wouldn’t publish any of this crap about them. I wouldn’t do anything to hurt them or their reputation. This book just says how great they are... the best. It’s all about their music, nothing dodgy at all.”
“OK,” said Neal. “We won’t stop the book, but we want a royalty on it.”
“How much?” I asked.
“I’ll talk to our lawyers. You’ll be hearing from them.”
And that was that, really. Neil left the office. Derek didn’t give me another LP (I was rather hoping for a replacement With The Beatles this time) and I bid him farewell, not knowing in fact that it would be the last time I would ever see him. (I spoke to him on the phone about once a year after that, the last time a few weeks before he died in 1997. This was an odd conversation – he’d rang to get someone’s phone number from me, but he sounded very ill and when I remarked on this he told me about his cancer. I got the distinct impression that Derek had really called me to say goodbye, and that the phone number he requested was an excuse for the call. I still wonder whether any other casual friends of his received a similar call around the same time. He was a lovely man.)
In the fullness of time I did hear from Apple’s lawyers who demanded a royalty that, together with the royalty I already paid to the US publisher, made it financially unviable for Omnibus to continue publishing the book, so Neil did effectively get it withdrawn after all.
I still thought it was an own goal, though.
Posted by Chris Charlesworth

I had a couple of 'run ins' with Neil whose ability to climb up walls and walk across ceilings when angry was legendary. They concerned my Company's (LFI) acquisition, from Cooper's Son, Adam, of the out-takes of the photographs from the Sergeant Pepper Sleeve together with the photographic documentation of the actual shoot taken by a second photographer. Amazingly EMI had produced an original paid invoice from NEMS proving, unequivocally, that they, not Apple, ultimately owned the rights in these snaps - my Company and Adam shared a shed load of money from selling rights in these pictures until 'heavy' lawyers got involved and, unable to afford the fight, we were forced to back off - Neil won in the end - always did! JH