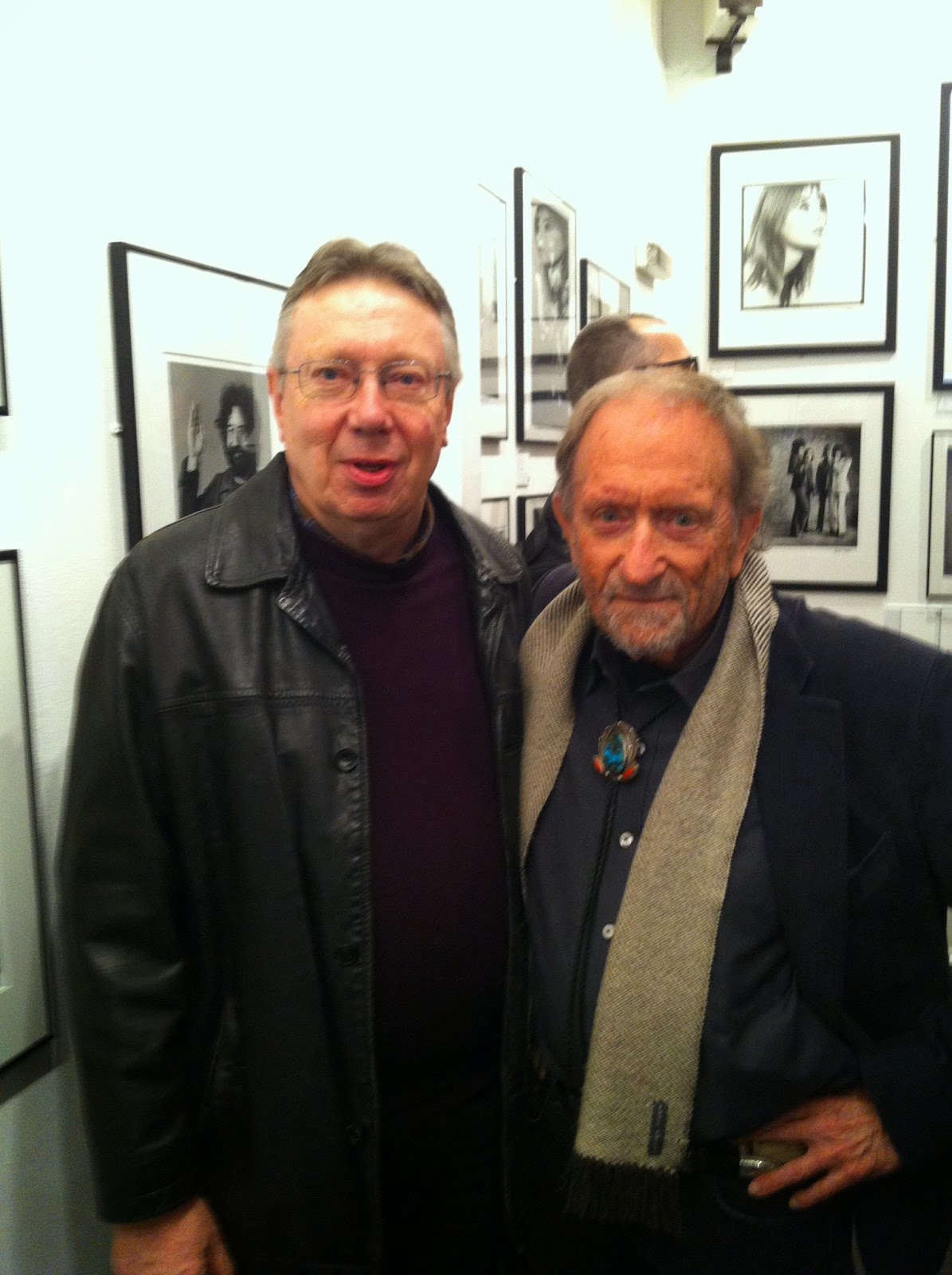 To the Proud Gallery in Kings Road for an exhibition of photographs by my friend Baron Wolman, the original staff photographer on Rolling Stone magazine when it was launched in 1967. Baron’s last London show – in October 2012 – concentrated on his pictures of groupies, all shot for an RS special in 1968. This time around, though, it’s a retrospective of his work with rock’n’roll stars, and many of the photographs in this show appeared in Baron’s book The Rolling Stone Years that Omnibus Press published in 2012.
Baron was, as he cheerfully admits, in the right place at the right time, and aside from his technical abilities behind a camera, his great skill was being able to put his subjects at ease so his photographs look natural, how these stars of the stage really are. So on the walls of the Proud Gallery we have Jerry Garcia, holding up his right hand to reveal a missing middle finger; Janis Joplin in all her finery; Johnny Cash, looking sombre in a tux; Mick Jagger, in make-up on the set of Performance, holding a box camera; Pete Townshend in a glittery coat, arms out stretched, Gibson ES guitar dangling from his shoulders, and looking intense while recording Tommy in London; Jimmy Page’s eight-strong guitar army at the ready before a Day On The Green concert in San Francisco; Howlin’ Wolf, bug eyed and ass atremble on stage in Ann Arbor; and, perhaps best of off, Jimi Hendrix in action at Winterland in 1968, guitar screaming, his face awash with emotion. 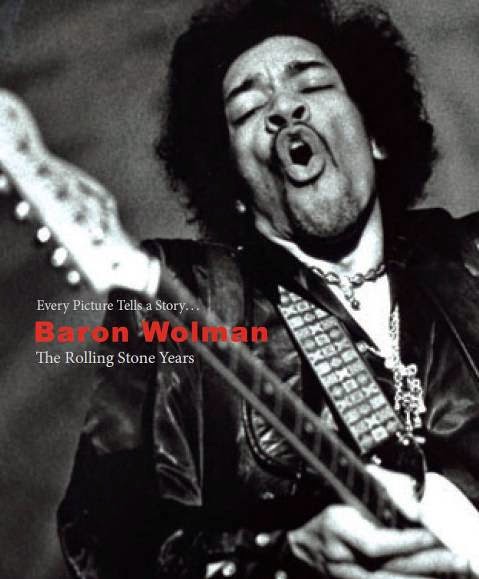 “Jimi Hendrix was one of my absolute favorite photographic subjects,” writes Baron in the intro to his Rolling Stone Years book. “He dressed well all the time. Even when he was at rest, between his clothes and his looks, he was photogenic. When Jimi was on a stage he was such an incredible performer. The genius of his musicianship aside, he just looked so good on the stage – his facial expressions, the way he would cross his arms to play, he’d play behind his back, he’d play with his teeth, he’d make love to his guitar. For a photographer, shooting Jimi at work was like hitting the mother lode... or, as they say, shooting fish in a bowl. I look at the contact sheets of Hendrix and on a contact sheet of 36 exposures they’ll be 20 great shots minimum. Guess that says something about him or me, or a little bit of both.”
Baron’s first live live concert assignment for Rolling Stone was shooting The Who at the Cow Palace on November 18, 1967. “I had no idea what I was getting into,” he recalls. “I’d not shot live music before, I was a concert virgin. I was sent out to shoot The Who and it felt like I was being sent into battle – out to the front lines. When I got to the Cow Palace I didn’t quite know what to do, I just started walking around backstage. I know I had a press pass because I could go wherever I wanted to go. I just wasn’t sure where to go!
“I didn’t take any pictures before the show because I didn’t know what backstage was, what it was all about, didn’t even know I could go there. I thought, OK, these guys are going to perform and I’m going to take pictures of them performing; backstage was the place you waited for the show to begin. I had no idea what to expect and when they finally made it to the stage I was in for a big surprise.
“I didn’t go to Monterey Pop. Had I gone and seen them before then everything would have been clear, but I hadn’t so therefore I knew nothing, which is too bad, I would have known what was coming. As it is I was thinking, ‘What’s this guy Townshend doing? He’s breaking his fucking guitar, why is he doing this? That’s an expensive guitar.’ I had no idea this was part of the act. Then I saw him do the windmill or whatever he calls it. ‘That’s cool,’ I thought. I tried to photograph everything that was going on but it was coming at me fast and furious. I didn’t know who Keith Moon was at the time or I would have taken more pictures of him; John Entwistle had this cool looking bass so I thought that’s a good photo and took too many of him. I was so damn naïve; all I was doing was looking for a good picture. Toward the end of the set the smoke covers the stage and the band leaves so I ran up on stage and there’s a smoke bomb. When Townshend destroyed his guitar I was stunned, nearly traumatized. It would be like me pounding my Nikons and my Leica against the concrete, totally beyond my nature or comprehension. It wasn’t just that he broke the neck, he completely destroyed the thing (at least he did that night). It shocked me to the point of being afraid that something bad was going to happen. 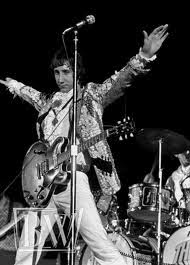 “This iconic photo [Pete with his arms outstretched] was shot during the same ’67 tour. Pete would probably have recognized me and given me that picture. In his signature spread eagle photograph he looked straight down at me, ‘Here you go, this is for you, pal.’ Either way I like to think of it as a gift from Pete to me.”
Posted by Chris Charlesworth

Email ThisBlogThis!Share to TwitterShare to FacebookShare to Pinterest
Labels: Jimi Hendrix, Rock Photography, The Who