BARRY MANILOW MARRIES HIS MANAGER – Not Such A Shock To Me 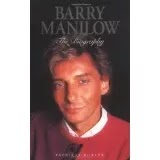 I wish to extend my belated congratulations to Barry Manilow with regard to his marriage to his long-standing manager Garry Keif. According to reports the ceremony took place in 2014 in front of about 50 friends, none whom saw any reason to discuss it publicly. Good for them. Quite how the details have emerged over the past 24 hours I don’t know.
Barry Manilow’s music is not to my taste but I interviewed him once, for Melody Maker, in 1975 at a hotel somewhere in the Midwest and he was very charming, smartly dressed in a blue and white check pullover and flared tan slacks, his hair immaculately coiffured. I saw him perform too and it was evident that he was a pianist of great prowess, though the schmaltzy hit songs he performed didn’t really reflect this. I think that, secretly, he’d have preferred to lead a jazz trio in which he could improvise and stretch out. ‘Mandy’ didn’t really offer him the chance.
But I have a personal reason for celebrating the fact that Manilow has now evidently ‘come out’ as a gay man. Urged to do so by the Omnibus Press sales department, in 2000 I commissioned a biography of Manilow whose Chicago-based author Patricia Butler gathered evidence which pointed to his being gay and wrote her book about him accordingly. An alarm bell sounded in my head and I had the book read for libel, an expensive procedure that resulted in the lawyer concerned advising me to remove all mention of Manilow’s sexuality.
I protested. Not only was it fairly well known within the music industry that Manilow was gay but my author had done her research well and come up with on-the-record quotes from friends and professional colleagues that confirmed Manilow was a gay man. There was also plenty of circumstantial evidence, including an earlier reference to his being gay in People magazine. The lawyer explained to me that Manilow’s fan base consisted primarily of single ladies of a certain age who believed he was ‘available’, that this was part of his attraction as a singer and that the book could therefore be accused of implying that Manilow was being ‘deceitful’, and that this – not the actual allegation that he was gay – was potentially libellous.
The author was far from pleased that her book might be thus censored, and I felt bound to support her. I took the issue to a higher authority and we decided to publish and be damned. As I thought, Manilow didn’t sue us, no doubt because to do so would draw attention to his sexuality and also help promote the book. He isn’t stupid. However, the book was roundly condemned on line within the Manilow fan community, all of whose members refused to believe that their idol was anything other than a heterosexual man who had simply yet to meet ‘Mrs Right’.
In the event the book wasn’t particularly successful by our standards, probably the result of the fans’ disapprobation. It’s now out of print as a hard copy but used editions can be bought cheaply on Amazon and it is still available in a digital format.
Either way, I wish Barry and Garry all the best for the future.
Posted by Chris Charlesworth

You really did go to the wall for me on this. I appreciated it then, and I appreciate it now. By the way, while only the digital version of the book is available in the UK, both digital and paperback versions are still being sold in the US!

I'm happy that Barry, and everyone else for that matter, is at ease with announcing his preference and his marriage. He may have never really had an issue with people knowing about him being gay but was weary of the word "gay" becoming part of his title.

I'm not completely for "outing" people though it seems like what is in the book is harmless, and mostly info already available, though not widely discussed. I mean c'mon, Barry and Bette at The Continental Baths!!!

now, let's hear from Dolly and Judy ....or a little something about Billy Preston?

Congrats for sure. I'm not one for his music (apart from "Even Now"), but he's clearly worked like a trooper to get where he is and sustain that position. Must be terrible having to "hide" such issues. I'm sure no-one was surprised. As with Liberace, the female fans choose to see what they want to see.

I read "Sweet Life" and your biography of Manilow back-to-back recently, as I am doing a project on Barry Manilow fans for my Media and Culture class at University of Washington. I thought it was very well researched and well written. I agree with Mr. Charlesworth's note that many fans tried (and are still trying) their best to denigrate the book. At first, I hesitated to buy it, because I literally had to scroll through many bad reviews (some of whom even admitted they had never read the book) to find some people who actually took the time to write serious critiques. But, I am so glad I did, since nothing in the book was speculative or salacious. I enjoyed it very much and I'm glad that you and your editor were able to get the book out without having the sacrifice the integrity of the text.

There is a chance you're qualified to get a $1,000 Amazon Gift Card.