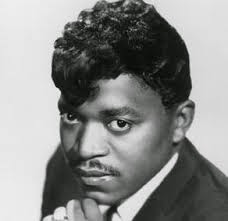 We moved our family from Shepherds Bush in West London to Gomshall in Surrey on a stressful Thursday in the summer of 2006 and the next night I went into the Compasses, the local pub about two minutes’ walk from our new house, for the first time. I’d seen a sign outside that promised free live music every Friday and in a corner of the room was a guy with a white Fender Strat and he was singing ‘When A Man Loves A Woman’ quite beautifully.
He turned out to be Steve Simpson, who used to play in Ronnie Lane's band Slim Chance. As I nursed my pint and listened to Steve, I realised we'd made the right move.
‘When A Man Loved A Woman’ is, of course, one of the most famous soul songs ever produced, written and sung in its original form by Percy Sledge who died yesterday. A bittersweet meditation on the inability of a love-struck Romeo to recognise that the object of his affection might not be quite as perfect as he imagines, it is utterly timeless, tear-jerkingly poignant and shockingly true to life; recorded at Fame Studios in Muscle Shoals, Alabama, in 1966 and carried along in the main by a mournful organ played by Spooner Oldham and Sledge’s clear but grief-stricken intonation.
In the small print the song is credited to Calvin Lewis and Andrew Wright, two members of The Esquires, a band from nearby Sheffield of which Percy Sledge was the singer. Evidently Sledge gave them the writing credits as they came up with the melody over which he improvised lyrics based on his own feelings about a recently dissolved relationship. He would come to regret it, of course, not least because in 1987 Levi’s used ‘When A Man Loves a Woman’ in a jeans commercial in the UK, which sent the song tp to number two in the British charts. There was also a slew of cover versions by, among others, Bette Midler and Michael Bolton. Curiously, in view of his theme of romantic betrayal, it is among the most requested ‘first dance’ numbers by newlywed brides and grooms.
RIP Percy, your lovely song will live on forever.
Posted by Chris Charlesworth

At the very end of the 60s there were two sampler albums which everyone had in there collection: "This Is Soul" and "Nice Enough to Eat". Both served as a kind of crash course in what soul and prog rock were about.

I fairly rapidly left prog rock behind. But the former album included Percy Sledge's exquisite "Warm and Tender Love". I play it still.

One of the first CDs I ever bought was Atlantic Soul Classics with 'Man Loves A Woman', and a bunch of others, all exactly what it said on the label.

One small thing. 'When A Man Loves A Woman' was not actually recorded at FAME. It's easy to get that impression from watching the Muscle Shoals documentary and/or thinking of the Atlantic connection. It was actually recorded at Quin Ivory's studio Norala in Sheffield, AL (part of the Shoals). Jimmy Johnson was engineer. Spooner Oldham did indeed play that beautiful keyboard part. FAME proprietor Rick Hall heard it (he was not at the session) and decided to call up Jerry Wexler and propose that he had a hit. He was right. Given that Stax had just pulled the welcome rug for Atlantic acts, it was the perfect place for Wexler to then bring Wilson Pickett - and then Aretha. Cheers...