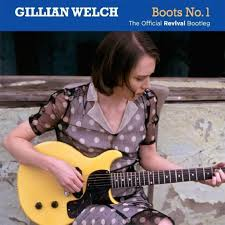 The arrival of a new record from Gillian Welch and her partner Dave Rawlings is an eagerly anticipated event at Just Backdated. Welch is parsimonious to say the least when it comes to releasing her work, no new recordings having surfaced since The Harrow & The Harvest in 2011, and only three further studio albums and an eight-track live set having been made available in the 20 years that have elapsed since her extraordinary debut Revival. This new release fills a gap but it’s not really new, being instead a 2-CD set of outtakes, alternative versions and demos from Revival, 21 tracks in all, including seven songs that haven't appeared on record before, together with a studio version of ‘Wichita’, hitherto available only as a live track on the Revelator Collection DVD, Welch and Rawling’s only live recording, and an outtake of ‘Red Clay Halo’, the bluegrass romp that wound up on Time (The Revelator) in 2001.

Well, as far as Just Backdated is concerned the odds and sods from Welch and Rawlings are considerably more worthwhile than most artists’ greatest hits, and I’ve been listening to this compilation for four days straight. Revival, released without much fanfare in 1996, was and remains a hugely influential record, the precursor to Americana, a kind of historical country genre that like the songs on The Band’s first two albums exists outside of time, old but new, traditional but contemporary, and definitely rural. Revival was a stunning debut from a couple who seemed to have stepped out of the past; 10 peerless songs, every one of them perfectly formed, superbly understated, mostly dark, always poignant. She even looked the part in her calf-length dresses, pale countenance and unshowy flat hairstyle (though of late she's gone blonde with startling results). As I wrote in a concert review of the duo some years ago (to all intents and purposes they are a duo, in all but name), their songs are a throwback to the time of America’s Great Depression, and are peopled by the dispossessed, migrants and orphans, poor families with too many kids and simple folk who put their trust in God. In a line or a few words Welch evokes hardship and period in the manner of John Steinbeck and the photographer Dorothea Lange whose Migrant Mother adorns a wall in our house. 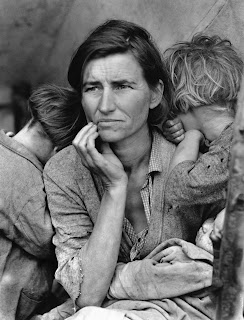 All we’d heard from Gillian Welch until Revival was the song ‘Orphan Girl’, covered by Emmylou Harris a year before the album was released. Now probably Welch’s best known song (though ‘Elvis Presley Blues’ from Time (The Revelator), lately impressively covered by Tom Jones, runs it a close second), ‘Orphan Girl’ appears twice on Boots No 1, firstly an alternative version without the slightly Twin Peaks-doomy electric guitar that arrives late on the familiar version, and also as a home demo. Welch’s vocal inflections are remarkably similar on all three versions, setting the melancholic tone for almost all that follows.
Much the same applies to the majority of the outtakes of tracks that appeared on Revival, with Welch’s parts fairly consistent through the recording process while slight variations in the guitar accompaniment, Rawlings’ contributions on choruses and solos, and minor adjustments to the tempo and backdrop of songs offer an insight into their gestation. Nevertheless, for those of us who consider Revival to be the Sgt Pepper of Americana, it’s fascinating to hear demos and early versions of songs we now know so well, and to read about their development in the excellent sleeve notes. ‘Annabelle’, in which a mother mourns the loss of her infant daughter in a ‘hard life of tears’, appears to have been initially titled ‘Words On A Stone’; ‘Pass You By’, of one Revival’s more strident tracks – and I use the term cautiously – began at an easier pace with Jim Keltner’s shuffling drums more relaxed and producer T Bone Walker contributing a bluesy solo; a stereo mix of ‘By The Mark’ brings out the delicate counterpoint harmony between Welch and Rawlings on the chorus; two versions of the sultry ‘Paper Wings’ show off Roy Husky on stand up bass and Rawlings on pedal steel; and an early (1993) demo of ‘Tear My Stillhouse Down’ lacks the full-on backdrop of the Revival take but shines through in its relative simplicity.
Of more interest, though, are those songs previously unavailable, some of which the duo evidently performed on stage early in their career. On Disc 1, ‘Go On Downtown’, by the prolific Texas songwriter and performer Robert Earl Keen, seems custom built for Welch’s style, though the opposite is probably true in that Welch was influenced by Keen’s style for Revival, unhurried and lonesome, its syllables effortlessly stretched out; and ‘Georgia Road’, a slow-paced 12-bar blues, purposeful and with some fine trilling on the solo. Disc 2 offers many more surprises: ‘I Don’t Want To Go Downtown’ is another mournful blues; ‘455 Rocket’ a toe-tapping rockabilly car song with a great James Burton-style solo from Rawlings; ‘Dry Town’ a fabulous and witty original song in the style of Johnny Cash, chugalong country with Rawlings offering a spot-on Luther Perkins impression; ‘Riverboat Song’ an absolute gem, Just Backdated’s star choice from the new songs, a gorgeous melody with lyrics about a great old river that rolls along into the sea, lonely now that the river men and paddle steamers have gone, but still mighty, wide and liable to flood; and ‘Old Time Religion’, the traditional bible-thumping gospel sing-along that evokes the congregation at some little ol’ wooden shack of a church where its worshippers arrive in horse-drawn carriages.
In amongst these is that second, pedal-steel driven ‘Paper Wings’ and the disc concludes with the publishers’ demo of ‘Acony Bell’, Welch’s exquisite song about a wild flower, after ‘Orphan Girl’ my favourite track on Revival, and the song that gave its name to their personalised record label. All of which means that you’ll have to look very hard to find music as charming, eloquent and inspired as that on the second half of this second disc. 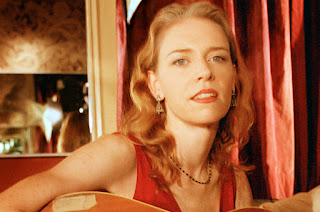 Now all we need is a brand new record, not to mention a few overdue British dates.

I was introduced to Welch in the form of 'My First Lover' & 'Elvis Presley Blues' by Nic Harcourt on KCRW's Morning Becomes Eclectic a decade or so ago. Thank you for the headsup..I will now go off and seek this out :)