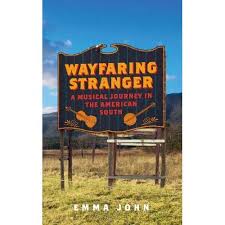 I was one of those Bluegrass Musicians To Have the profound and lasting pleasure of jamming with Miss Emma in The hills of North Carolina. She fit -in quickly with us old folks. She played the fiddle in a few keys to which she was not accustomed and performed masterfully. I sang and played Wayfaring Stranger On My Guitar in a an Eminor off key...she complained, but captured the melody like an old Bluegrasser. Emma had an influence on everyone she met. We enjoyed her Witt, her expertise on the fiddle and her unlimited thirst for the Bluegrass experience...Linzey Ham...Catawba Bluegrass Band..Hickory,NC

Thanks for that Linzey. I appreciate your interest. Chris C