HARRY & ME: MEMORIES OF HARRY NILSSON BY THE FANS THAT LOVED HIM THE MOST, compiled by David Roberts & Neil Watson 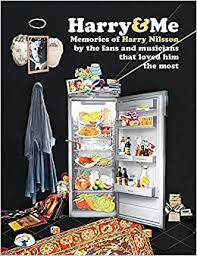 At first glance Harry Nilsson looks like a one hit wonder, no better – or worse – than Norman Geenbaum, The Archies or Clive Dunn. He had just one number one hit in the UK – the timeless ‘Without You’ – but no other singles recorded by him reached the top twenty, not even his sublime take on ‘Everybody’s Talkin’, the Fred Neil song famously used on the soundtrack to the movie Midnight Cowboy. Both of these songs were covers of course, a peculiar state of affairs when you consider that Nilsson was a genuinely gifted songwriter. Furthermore, he never appeared live, not once.

All of which suggests Nilsson was a niche act, and were it not for the patronage of The Beatles it could be argued that he was rock’s best kept secret. Then again, he wasn’t really in the rock trade either. One of his most revered albums is A Little Touch Of Schmilsson In The Night, a collection of standards from what is known as The Great American Songbook, thus anticipating both Rod Stewart and Bob Dylan by almost half a century.

So, you can’t blame me for being slightly incredulous when earlier this year I was approached by David Roberts to contribute any memories I had of Harry Nilsson to a book that he and his co-author, Neil Watson, were compiling. Nevertheless, I did as requested – I have just one Nilsson anecdote, which can be found here http://justbackdated.blogspot.com/2014/07/harry-nilsson-brief-encounter.html on this blog –  which I sent to David and thought no more about it.

Then, last week, their book, with my small contribution, arrived from the publishers, This Day In Music, who seem to have made it their mission to publish upmarket (and fairly expensive) music titles best described as labours of love. It’s a brave editorial policy, fostered no doubt by director Neil Cossar’s belief that there are sufficient fans around to invest in a book whose authors are demonstrably sincere in their devotion to whoever they are writing about. Harry & Me: Memories of Harry Nilsson by The Fans That Loved Him The Most, is just that, a high end volume illustrated throughout with Nilsson memorabilia, 360 pages printed on art paper with admirable attention to detail, consisting largely of quotes from fans and friends, priced at a penny less than £40.

The contributors include Nilsson’s son Zak, Ron Sexsmith, Terry Gilliam, Randy Newman, Jimmy Webb, Micky Dolenz and many more. The edition I was given included a CD of revealing interviews with Nilsson himself, among them one from 1971 when he confesses that when he first heard ‘Without You’ he thought it was a Beatles’ song.

Most of the book’s text consists of fans’ memories of Nilsson, including many close encounters, but it was the interviews with Nilsson, all of them transcribed within, that intrigued me the most. One concerned Keith Moon who, of course, died in Nilsson’s London flat in 1978. “He was the only guy who really took care of it, oddly enough,” he says. “I remember he made some messes, but he made sure they were cleaned up before he split.”

Later, though, he adds: “In the end he started having parties and I’d had complaints. They wanted to evict him. And I spoke to him, like the day before he died, and one of the only times – it wasn’t a harsh word with Keith, but it was, er… I said, ‘Keith, you’re putting the pressure on me and I’ll lose a lot of bread if they evict you… And he says, ‘Well, they’re going to have to get me out of here with a bulldozer!’. I said, ‘Well, that’s not friendly, you know.’ Then I just got that phone call [about Keith dying in the flat] and I went, ‘Ah shit!’. Keith and I were dear friends, real close, and Keith and Ringo and me were the Three Musketeers – we used to hang out all the time. And the last time we spoke was not a happy talk, and I still think about that once in a while.”

Harry & Me has been put together with a lot of love and includes many heart-warming stories that reflect Nilsson’s benign, friendly character. It’s no secret he was fond of a drink, and his death at the age of 52 can probably be attributed to a lifestyle incompatible with longevity. He wasn’t alone in this, of course, but he was far more than the one hit wonder his chart statistics imply. Now that the cold weather has set in, I can thoroughly recommend an hour or two spent leafing through this book while listening to Personal Best: The Harry Nilsson Anthology, as I did yesterday afternoon. 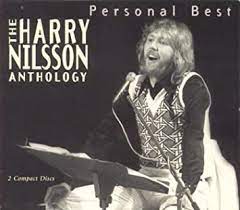